The makers of 'Thor: Love And Thunder' recently dropped its trailer that not only features Chris Hemsworth and Natalie Portman but also Christian Bale. 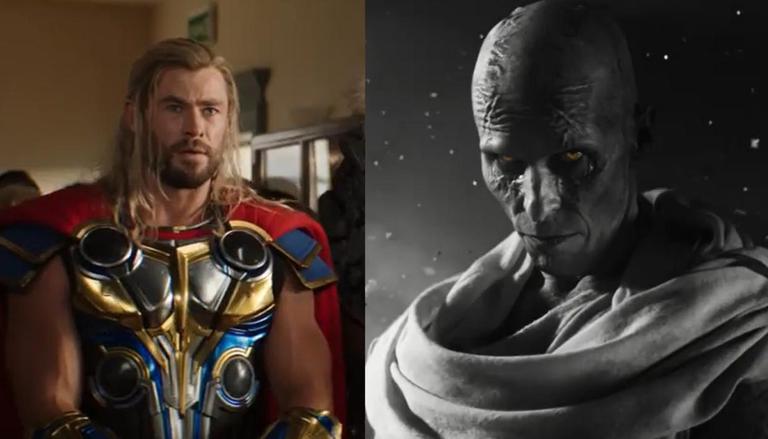 
After the success of Benedict Cumberbatch-starrer Doctor Strange In The Multiverse Of Madness, Marvel Studios is all set to win hearts with the fourth instalment in Chris Hemsworth's Thor series, Thor: Love And Thunder. Soon after the film was announced and its first look was unveiled, fans have been waiting to watch where Thor's destiny would take him in the new film. After much anticipation, the makers of the movie recently dropped an electrifying trailer of Thor: Love And Thunder that not only featured Jane Foster's Thor-like character but also Christian Bale's Gorr the God Butcher.

The makers of Thor: Love And Thunder recently left fans stunned with their absolutely electrifying new trailer. The trailer begins with Korg narrating the mighty tale of Chris Hemsworth's Thor as some visuals of his bravery are shown. As Thor expresses his happiness of reuniting with his hammer Mjolnir, Natalie Portman's Jane Foster in a Thor-like costume is introduced. After a series of hilarious clips, featuring Thor calling Jane his "old ex-girlfriend," Christian Bale's Gorr the God Butcher is revealed. The new trailer of the upcoming film also featured a fierce Valkyrie, who, as always, supports Thor and also has his back.

The two minutes 15 seconds trailer is a complete blend of humour, thrill, action, and even romance. Sharing the trailer, Chris Hemsworth wrote, "Very excited to drop this trailer! Here’s a two minute sneak peak into a crazy wild fun adventure that has allllll the love and thunder. On July 8th we’ll be giving you a full two hours of this beautiful madness. Until then enjoy the ride that is the Offical Thor Love and Thunder trailer. Boom!!!!".

More about Thor: Love And Thunder

The upcoming Marvel Studios flick will follow the events of Avengers: Endgame as Thor leaves Asgard with his Guardians Of The Galaxy friends. The film will see Chris Hemsworth, Tessa Thompson, and Natalie Portman reprise their respective roles as Thor, Valkyrie, and Jane Foster. It will also see Christian Bale play the lead antagonist Gorr: the God Butcher. The film is helmed by Taika Watiti and will hit the theatres on July 8, 2022.