A new poster of Thor: Love And Thunder is surfacing on the internet and is receiving many reactions from fans. Here is the truth about the viral poster. 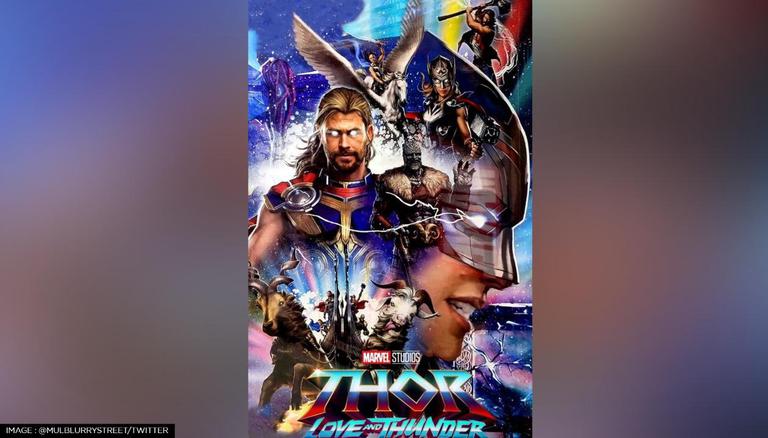 
Thor: Love And Thunder is surely a much-awaited Marvel Studios film as only a few of the first six Avengers are left. Moreover, the star cast of the film is expected to be a delight for all Marvel fans with Christian Bale making his MCU debut. While the Chris Hemsworth-starrer is set for its release in 2022, a new poster of the film has been surfacing on the internet and is receiving many reactions from fans. Here is the truth about the viral Thor: Love And Thunder poster.

The new poster features Korg, Jane Foster, Valkyrie, the God of Thunder, and many more in new costumes. The poster also featured a Gorr, the God butcher, in the background. Thor could be seen sporting a new costume with a tint of blue in his armour. While fans were somewhat delighted to have a glimpse at the new poster, the film's director Taika Watiti confirmed the poster is not an official poster of the film but a fan art.

Taking to his official Twitter handle, Taika Watiti, who plays Korg and is also the director of the film, reshared the fan-made poster. Sharing the poster, the actor praised the creativity and even asserted that if he had made the poster, it would have been much like the fan's art. He wrote, "This is so bad that I kinda wish it was an official poster. It's definitely what I would have done if I was in charge of posters." Many Twitter users also identified the poster was not official.

READ | James Gunn reveals he has read the script of 'Thor: Love And Thunder' and it's 'great'

This is so bad that I kinda wish it was an official poster. It's definitely what I would have done if I was in charge of posters. https://t.co/OnW7K2ubo3

Details about Thor: Love And Thunder

Thor: Love And Thunder will mark the fourth solo outing of Chris Hemsworth's Avenger, Thor. The Marvel Studios film is loaded with stars, including Taika Watiti's Korg, Natalie Portman's Jane Foster, Tessa Thompson's Valkyrie and several other Guardians Of The Galaxy stars. The film will also mark Christian Bale's Marvel debut as he will appear as the Supervillain Gorr the God Butcher. Russell Crowe will also appear as Zeus in the upcoming movie. The film is currently scheduled to hit the theatre screens on July 8, 2022. Meanwhile, Marvel fans are waiting for Spider-Man: No Way Home. The Tom Holland starter will release on December 17, 2021.

READ | Matt Damon says "everybody knows" that he'll be back in 'Thor: Love and Thunder'