'Venom: Let There Be Carnage' To Arrive Earlier In India, Here's Its Release Date

'Venom: Let There Be Carnage' is all set to arrive earlier in India as theatres geared up to open full-fledged again amid COVID-19. Here's its release date. 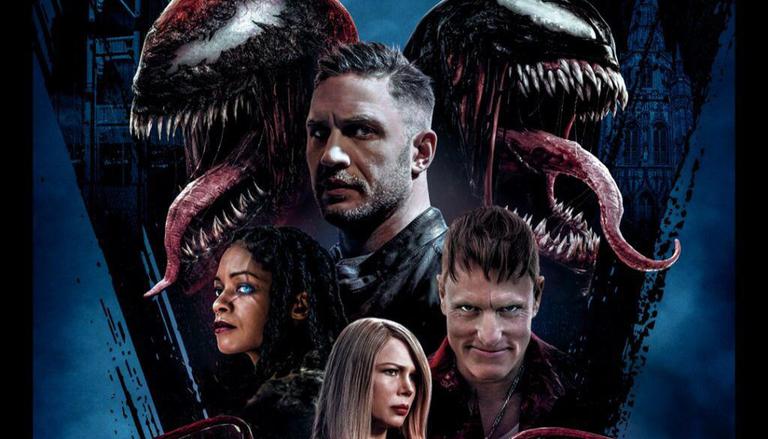 
The film industry is cheering the decision of the Maharashtra government to open the theatres from October 22 amid the COVID-19 pandemic. Many celebrities have expressed their delight by announcing the release dates of their respective movies. However, there are some Hollywood films that will release before the predetermined release dates but will certainly gain from this decision.

One of the Hollywood ventures to hit the screens before cinema halls open in Maharashtra is Venom: Let There be Carnage. Amid the announcements by makers, even an international filmmaker has announced a change in release dates. The Tom Hardy-starrer action film is set to arrive a day earlier on October 14 in India.

'Venom: Let There be Carnage' release date in India

It was earlier announced last week by Sony Pictures Films India that Venom: Let There Be Carnage would be releasing on October 15. And now, it has been shared that it would be hitting the theatres, a day earlier on October 14. It will arrive in Maharashtra a week later on October 22, the day cinema halls open again in the state. Apart from English, the movie is also releasing in Hindi, Tamil and Telugu languages.

Venom: Let There be Carnage will be releasing in theatres in the USA on October 1. This is a year after its initial release date was planned in October last year. The COVID-19 pandemic had wreaked havoc on the schedule then. It was screened at the Cineworld Leicester Square, London as a 'Fan First' event. Tom Hardy and the director of the movie, Andy Serkis, were a part of that event.

READ | Fortnite Carnage & Venom Symbiotes: How to bond with these alien lifeforms?

Venom: Let There be Carnage

Hardy plays the role of the protagonist, an investigative journalist Eddie Brock, who hosts the alien symbiote Venom. He is pitted against Woody Harrelson, who plays the antagonist Cletus Kasady / Carnage. The movie also stars  Michelle Williams, Naomie Harris, Reid Scott, Stephen Graham. The first instalment of the action film was released in 2018. It had been directed by Ruben Fleischer from a screenplay by Jeff Pinkner, Scott Rosenberg and Kelly Marcel. The movie is said to have grossed $856 million across the globe.  Tom Hardy has confirmed that there will be a third instalment in the franchise.

READ | Fortnite releases new Venom and Eddie Brock cosmetics: How to get Venom in Fortnite?