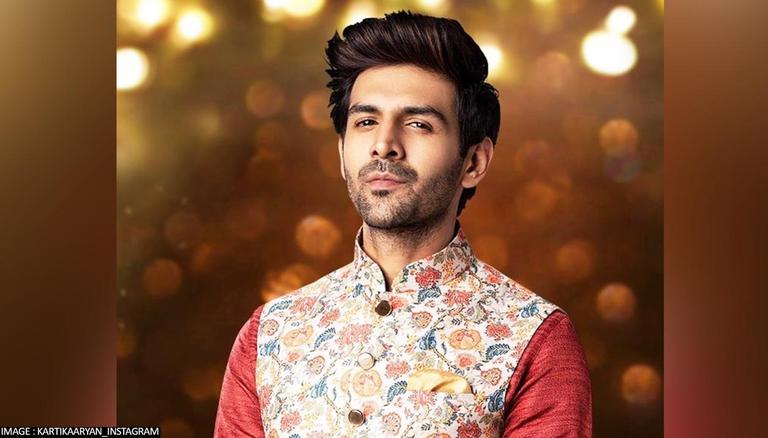 
Kartik Aaryan's sense of humour was at display again with the recent announcement by Maharashtra Chief Minister Uddhav Thackeray regarding the opening of cinema halls in the state. The actor, whose Bhool Bhulaiyaa 2 release was also announced as a part of the reopening, rejoiced the occasion by grabbing a bowl of popcorn. The decision comes after a long haul ever since the advent of the second wave of the ongoing novel COVID-19 pandemic led to theatres closing down.

Apart from Kartik and Kiara Advani's upcoming horror-comedy film, several big-budget flicks, ranging from Akshay Kumar's Sooryavanshi, Bachchan Panday, to Ranveer Singh's 83, are set to hit theatres soon. Celebrating the occasion as 'Happy Announcement Day', the actor posted a quirky photo of him as he enjoys his snacks.

Sunday, September 26, saw back-to-back announcements of releases by filmmakers, actors, and production houses. Marking the occasion, Kartik took to his Instagram account with a dapper photo of him wearing shades, as he binges on a bowl of Popcorn. Captioning the photo, the Pati Patni Aur Woh actor wrote, "Theatre khul rahe hai sunte hi popcorn taiyaar 🍿
#HappyAnnouncementDay 💣". Take a look.

The actor will be seen alongside Kiara Advani in Bhool Bhulaiyaa 2, which is set to witness a theatrical release on March 25, 2022. The movie comes as a sequel to Priyadarshan's 2007 iconic horror comedy-drama, Bhool Bhulaiyaa, which starred Akshay Kumar and Vidya Balan in pivotal roles. The film is being helmed by Anees Bazmee while Bhushan Kumar is bankrolling the project. Apart from the leading duo the movie also stars Tabu in a pivotal role. The movie, which was originally slated for a November 2021 release faced postponements owing to the COVID-19 pandemic.

On the work front, Kartik has an interesting lineup of films, including Ram Madhvani's Dhamaka, Hansal Mehta's Captain India. The actor will also be seen opposite Alaya F in Ekta Kapoor's Freddy.