Rakshit Shetty-starrer '777 Charlie' recently hit the theatres and created a buzz among the fans. Take a look at how the fans are reacting to it. 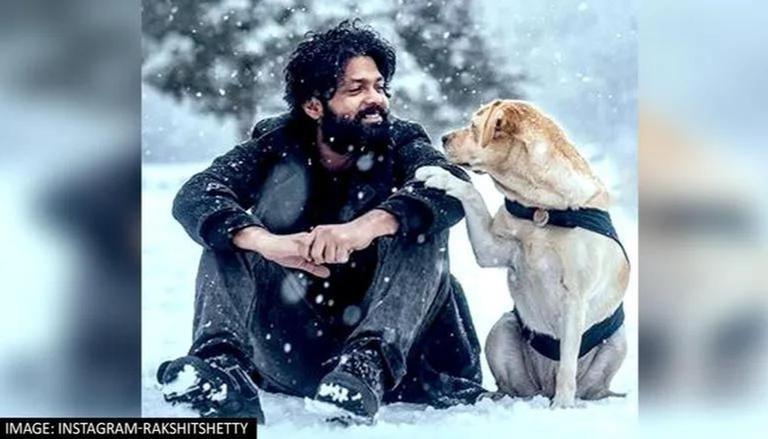 
Fans who had been waiting for Rakshit Shetty's upcoming film, 777 Charlie, are in for a treat as the movie finally hit the screens and has been receiving positive reviews from the audience. The curiosity of the fans was already escalated from the time the makers of the movie dropped an intriguing trailer. The plot of 777 Charlie revolves around the life of a pessimistic man who is stuck with his negative lifestyle spending each day in the comfort of his loneliness. However, the plot thickens when a dog namely Charlie enters his life.

Rakshit Shetty-starrer 777 Charlie recently hit the theatres and created a buzz among the fans. Some fans took to Twitter and expressed their opinion on how much they liked the film and stated that this film was truly a ‘must-watch.’ Other fans referred to it as a hear-touching movie while some fans hailed the beautiful depiction of Charlie and Dharma’s bond. While numerous fans stated that the movie was quite emotional, some urged the other viewers to carry something to wipe their tears while watching the film. Adding to it, some other fans mentioned that the film was a neat blend of fun and emotions while others called Dharma and Charlie’s journey heartwarming while lauding the music of the film. Another fan stated that the first half of the film was filled with moments of laughter while the second half was completely emotional. Take a look at some of the fans’ reactions to Rakshit Shetty’s adventure comedy-drama movie.

Helmed by Kiranraj K, 777 Charlie had a limited theatrical release on 2 June 2022 followed by the theatrical release on 10 June 2022. While Rakshit Shetty essayed the lead role of Dharma, other notable cast members included Charlie as Charlie, the dog, Sangeetha Sringeri as Devika, Danish Sait as Karshan Roy, Raj B. Shetty as Dr Ashwin Kumar, Bobby Simha, among others.