Taking to Instagram, Britney Spears penned a sweet birthday note for her sons and revealed how she had to ask for their permission to post their photos. 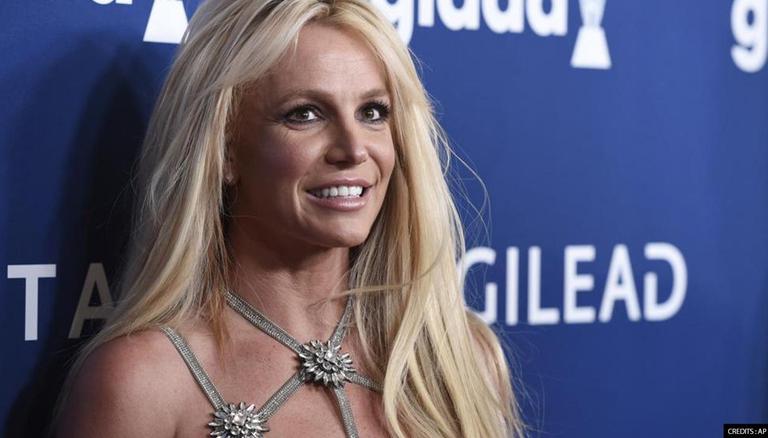 
As Britney Spears recently returned to Instagram after a 5 day-long break from social media, she penned a cute birthday post for her sons whose birthday was last week. She even revealed how they had a party last week where they enjoyed having the coolest ice-cream cakes and expressed her amazement at how they were growing so fast.

Many fans were left in awe of Britney Spears’ love for her sons and showered hearts on her post while many others stated how Britney Spears sons were lucky to have her as their mother.

Britney Spears recently took to her official Instagram handle and shared a quote in the post that stated, ‘There is nothing stronger than the love between a mother and a son'. In the caption, she wrote about how she had to ask for her sons’ permission to post them because they were now independent little men. She further mentioned how blessed she was to have the two little men in her life and added how much she loved them. She stated, “My boys’ birthdays were last week … and unfortunately they are growing up and want to do their own things... I have to ask their permission to post them because they are extremely independent little men  !!! Anyway we had a small party and the coolest ice cream cakes  !!! It makes me crazy because they are so tall and geez they are still growing  !!! They went to a dance last week and I cried for two days my babies in a suit !!! It’s crazy !!! And girls get ready cause my boys are so handsome !!! I truly believe this quote which is why I wanted to share it … there’s a lot I can’t share with you all because my kids are very private which I love but I will tell you they are both extremely talented and I’m so incredibly blessed to have these two little men in my life !!! And if they’re reading this … which I’m pretty sure they’re not … I love you two little devils so much.” (sic).

All her fans were delighted to witness the adorable mother-son bond between Britney Spears and her sons and even wished them a happy birthday. Some fans also stated how Britney Spears was a great mother while others added how lucky her sons were to have her as their mothers. Take a look at some of the fans’ reactions to Britney Spears’ Instagram post. 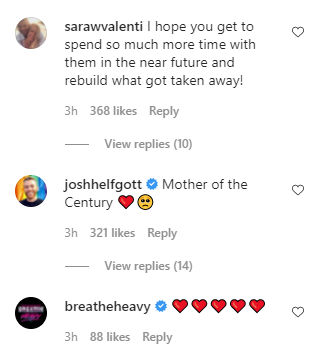 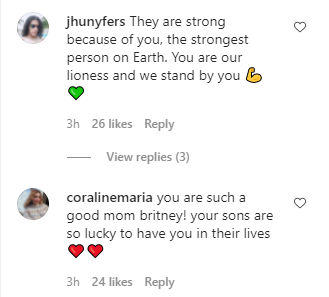 Does Britney Spears have custody of her kids?

Britney has two children, Sean Federline and Jayden Federline with her ex-husband, Kevin Federline. For those wondering how old are Briteny Spears kids, Sean is 15-years-old while Jayden is 14-years-old. As Spears split up with Federline soon after their second was born, she even lost custody of her sons when she attacked a photographer’s car with an umbrella. She was later given 30 percent of custody while her ex-husband was granted 70 percent.

READ | Britney Spears returns to Instagram; says 'couldn’t stay away from the gram so long'

WE RECOMMEND
Britney Spears takes 'a little break from social media', deletes her IG account; know why
Britney Spears' father Jamie to step down from court conservatorship of 13 years amid row
Britney Spears' lawyer accuses her father Jamie of trying to "extort" money from her
Octavia Spencer clears air on intentions behind Britney Spears prenup joke
Britney Spears returns to Instagram; says 'couldn’t stay away from the gram so long'
Listen to the latest songs, only on JioSaavn.com