BTS enjoys a massive fan following globally. The band recently garnered the attention of the fans after it was confirmed that they will be dropping merchandise. 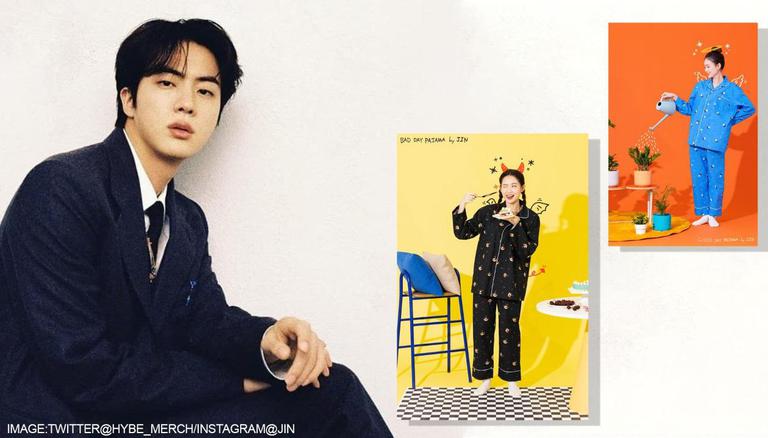 
K-pop band BTS that enjoys a massive fan following globally, recently garnered the attention of the fans after it was confirmed that the members will be dropping self-designed merchandise soon. BTS’ eldest member Jin was the first one to drop the merchandise online and much to the surprise of the fans, the whopping prices of the collection in the market has left fans stunned including the band member.

The band had planned to unveil their exclusive merchandise, especially designed by the artists themselves, throughout the first month of 2022. The seven members had four days assigned to each of them to unveil their self-designed merchandise. As the eldest member of the band, Jin was the first one on the list to recently reveal a pair of night suits and pillow designed by him. . The member had unveiled a pair of 'Good Day and Bad Day' pajamas and pillows. The pajama sets are in two colours, blue for a good day and black for a bad one. They also have cute stickers of Jin imprinted on them.

Soon after the merchandise was launched by Hybe Labels online, the price tag left all stunned. The prices mentioned on the site were around 110 US Dollars (8k plus) excluding the shipping charges for most items and some of the articles were even more expensive. ARMYs were quick to flood social media platforms as they were disappointed with the high prices.

Within the next few hours, Jin himself expressed his thoughts over the prices and wrote on Weverse, “Though I did ask them to use a good material for the pajamas at what kind of price…I was surprised as well.” Netizens expressed their worries about the price and asked the company to bring down the prices. One of the users wrote, “Bighit wants me to sell my kidney and buy jin's pajama I swear it's not me who wants it it's Bighit oh my god.” Another user shared a picture of a boy who was shocked to see the merchandise being sold out fast. A third user who could not purchase the pajama set wrote, “I want both pajamas, Can they add more stock #By_Jin.”

bighit wants me to sell my kidney and buy jin's pajama i swear it's not me who wants it it's bighit oh my god pic.twitter.com/bupnrTnbF2

me when I saw that the pajamas were sold out : #BTS #BTSARMY #SUGA #JIN #JinMerchStyle pic.twitter.com/captgyHkqZ