BTS Leader RM's Hilarious Banter With Fans Will Leave You In Splits; Take A Look

BTS Leader RM recently engaged in a conversation with the BTS fans and gave an epic reply to a fan when she said her family thinks she is dating Jimin. 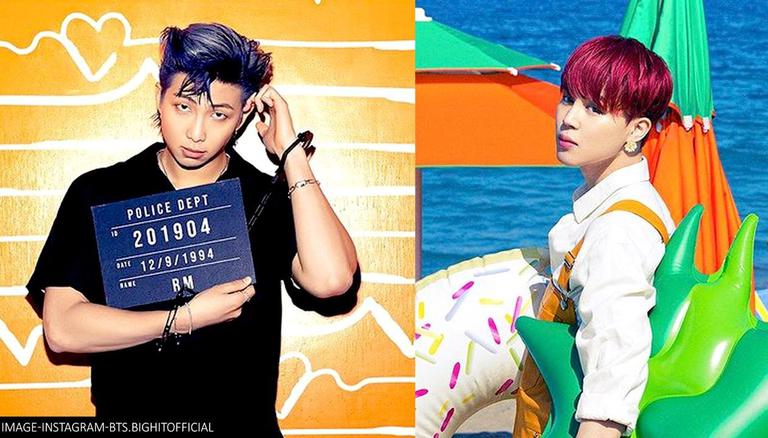 
The South Korean band, BTS members frequently indulge in fun and interesting banter with their fans, or what they call BTS Army. The BTS leader, RM recently indulged in one such interaction with the Army and left everyone cracked up.

As The BTS boy band keep interacting with their fans through social media, one of the members, RM recently took to Weverse, a social media app developed for artists' fans and interacted with his fans. As the singer recently shared a thought on the application, a fan expressed her dilemma stating that though she does not have a boyfriend, her family thinks that she is having an affair with Jimin. “Jimin, I don't have a boyfriend. But my whole family knows you're my boyfriend. What should l do?” she stated. However, the fun part was that she made a typing error in her original comment and wrote 'girlfriend' instead of 'boyfriend.' As BTS RM came across the comment, he reacted to it by stating 'Wow.' After RM reacted to the comment, the fan who goes by the username MyNameMochi, accepted her error in another comment. Check out the banter below-

Another fan asked for a suggestion from the BTS member and asked whether he should go to the gym and work out or just sleep and eat because that was life. “Namjoonah, what should I do? Should I go to the gym and work out tomorrow? Or should I just sleep and eat since that is life?” RM reacted to the comment and shared a piece of thoughtful advice stating that he should eat whatever he wants but also wort out later to burn the calories. His response read, "Workout is something people do to eat originally.” Take a look at their conversation-

ARMY: namjoonah what should i do? should i go to the gym & work out tomorrow? or should i just sleep and eat? since that's life

NJ: work out is something (people) do to eat originally

[he means most peoplework out to burn food calories] pic.twitter.com/s97k51Iepd

Among the BTS latest updates, another one emerged recently where the BTS member, Jungkook released a brand-new cover on Youtube that consisted of his version of Falling by Harry Styles. Watch the full video clip of BTS Jungkook's Falling-

READ | BTS: Jungkook releases his version of 'Falling' by Harry Styles; ARMY say 'We love it'

WE RECOMMEND
BTS: Jungkook releases his version of 'Falling' by Harry Styles; ARMY say 'We love it'
BTS V tears up as he sings 'Blue & Grey', Jungkook claps back at haters at virtual concert
BTS' RM becomes first member to cross 600M streams on Spotify with solo-releases
BTS' Jimin turns 26: From watching B'wood films to stage name, check lesser-known facts
BTS' 'Permission to Dance' & 'DNA' get RIAJ's Platinum titles as it creates storm in Japan
Listen to the latest songs, only on JioSaavn.com