BTS was not the only one creating a frenzy on social media by opening their personal accounts as their member, V, managed to do the same. 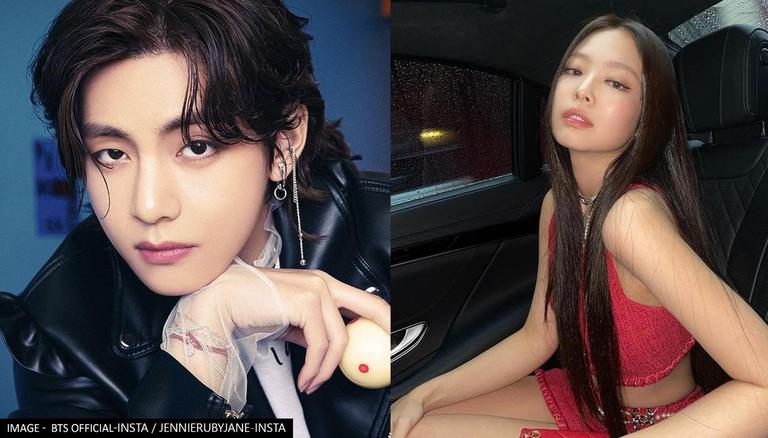 
Social media was sent into an absolute frenzy after the popular South Korean boyband BTS debuted their personal Instagram handles on December 6. The seven-member band comprising of artists Jin, Suga, J-Hope, RM, Jimin, V, and Jungkook managed to break several records within the span of minutes since uploading their first post. Main singer V, real name Kim Taehyung, came out on the top by breaking the record of actor Angelina Jolie and singer Billie Eilish within four minutes.

ARMY, the name of the BTS' fandom, celebrated these moments by trending the band on social media and enjoyed the constant new posts from the members. However, amidst the serene sunsets and playful posts dedicated to their bandmates, ARMY noticed an unusual member on the following list of one of the band members.

Staying true to their motto 'We are seven', the members followed only their bandmates and their official Instagram account as a band after creating their individual accounts. However, a few fans were quick to notice that a member of the popular South Korean girl band, BLACKPINK's Jennie has landed herself on the following list of V's Instagram account. Screenshot of the same started making rounds in the fandom as many wondered why Kim Taehyung followed the young singer.

One fan shared the screenshot and jokingly wrote, ''SORRY BUT KIM TAEHYUNG MAYBE STALKING JENNIE AND ACCIDENTALLY CLICK THE FOLLOW BOTTON WHAAAAA'' while another fan was quick to share a post by the singer where he talked about the 'Recommendation' feature on Instagram which many believed could be the reason why he accidentally followed Jennie.

No it was a mistake pic.twitter.com/zupFn7XZZ8

A few also made light of the situation by making memes of V accidentally hitting the follow button under Jennie's Instagram account. The young singer later unfollowed the Solo singer.

READ | BTS members launch individual Instagram accounts: How many followers all of them gained?

for me it's just a mistake like a cute mistake , why u guys take it so serius i don't understand 😭😭 not yall attack jennie in the comment section. Please leave them alone. And remember taehyung is still newbie using Instagram. Correct me if I'm wrong.

V and Jennie on FaceTime talking and laughing at y’all dumbasses losing it over a follow 💀. Nah some of y’all need a break from social media pic.twitter.com/ABrVMPPGmo

Kim Taehyung, going by the username 'thv', broke Angelina Jolie's record by becoming the fastest person to reach 1 million followers. He also broke Billie Eilish's record by receiving one million likes on his post within only four minutes. The 25-year-old singer currently has almost 20 million followers on Instagram with the numbers surging extensively. Moreover, the other six members have also garnered over 16 million followers on their respective accounts.