Ed Sheeran Welcomes Second Baby With Wife Cherry Seaborn; 'We Are Both In Love With Her'

Ed Sheeran and his wife, Cherry Seaborn, recently welcomed their second child, another daughter. The singer-songwriter expressed his happiness via Instagram. 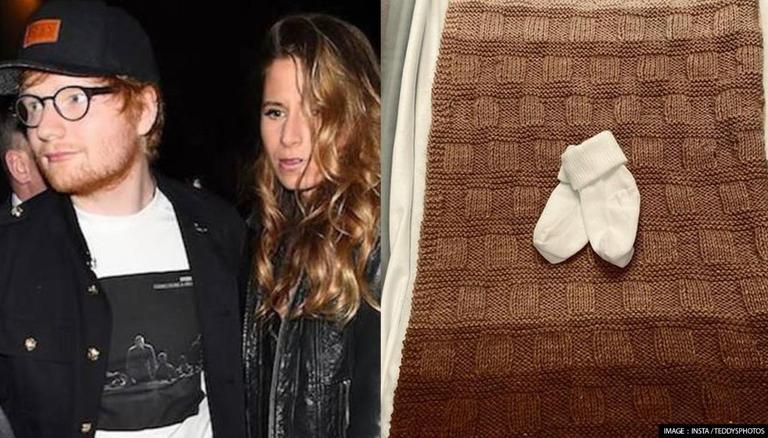 
British singer-songwriter Ed Sheeran has posted a cute picture of a pair of socks again. The singer and his wife, Cherry Seaborn, recently welcomed their second child, another daughter. As the singer expressed his excitement about becoming a father again, he mentioned how he was over the moon as they have become a family of four now.

Taking to his Instagram handle, Ed Sheeran recently shared a cute picture of baby socks lying on a blanket. The singer further announced that he and his wife have recently welcomed their second daughter. In the caption, he wrote, "Want to let you all know we’ve had another beautiful baby girl." "We are both so in love with her, and over the moon to be a family of 4x," he added while expressing his happiness.

The singer's fans showered him and his family with love. Many mentioned how they were happy to see the singer's wish of having another daughter come true. A fan wrote, "Yayyyyy!!!! Another girl like you wanted," while another penned, "Wow! Congratulations Ed and Cherry! So happy you have been blessed with another child!". Many others also mentioned how they cannot wait for Sheeran to make music inspired by her daughter.

When Ed Sheeran shared a similar picture on Lyra's birth

Ed Sheeran and Cherry Seaborn tied the knot in 2019 and welcomed their first daughter Lyra Antarctica in August 2020. The couple announced the birth of their first daughter via Sheeran's Instagram handle. Taking to his IG, the singer shared a cute picture of baby socks on a blanket. Sharing the picture, he wrote, "Ello! A quick message from me as I have some personal news that I wanted to share with you... Last week, with the help of an amazing delivery team, Cherry gave birth to our beautiful and healthy daughter - Lyra Antarctica Seaborn Sheeran. We are completely in love with her. Both mum and baby are doing amazing and we are on cloud nine over here." "We hope that you can respect our privacy at this time. Lots of love and I’ll see you when it’s time to come back, Ed x," he added. The Shape Of You singer has also revealed during several interviews how the birth of his daughter gave him another purpose in life.