Halloween 2021: Take A Look At All The Spooky Costumes BTS Has Worn

As people across the globe celebrate Halloween 2021, here's a look at boy band BTS' spooky outfits as they clocked the occasion over the years. 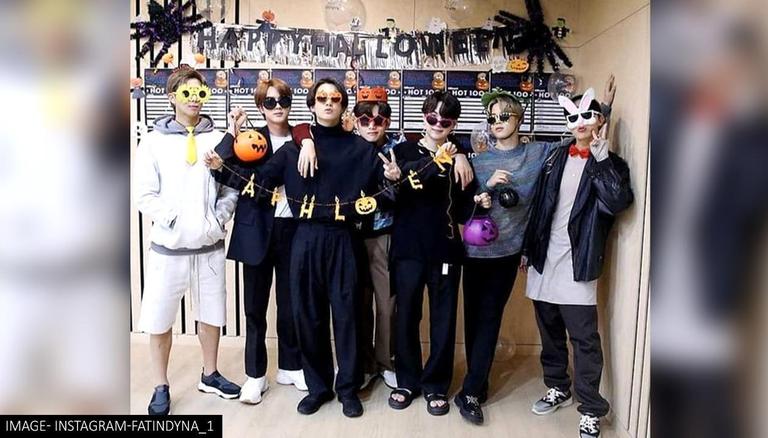 
Halloween 2021 is a perfect time for all horror genre buffs to take inspiration from their favourite spooky character as they dress up in nerve-wracking outfits. From common folk to celebrities, the occasion is celebrated with equal pomp and fervour by all. From carving pumpkins, playing trick or treat, watching horror movies to attending Halloween themed parties, many commemorate the day in their own way.

Among others, the South Korean boy band BTS has time and again given major Halloween inspiration to its ARMY. Over the years, they've donned looks ranging from that of a Dracula, the infamous Jack Sparrow, Charlie Chaplin, joker to Naruto and Mickey Mouse among others. Take a look at a few of the outfits the BTS septet, comprising of Jin, Suga, J-Hope, RM, Jimin, V and Jungkook have worn over the years.

Here are some more glimpses from their celebrations over the years-

End waiting for the upcoming BTS Halloween moment 💀🎃👻
Are r u excited? pic.twitter.com/y95ZzF5VAb

WE RECOMMEND
BTS Leader RM's hilarious banter with fans will leave you in splits; Take a look
Halloween 2021: Chrissy Teigen & John Legend put on their 'Addams Family' look; see pics
Halloween 2021: Best Halloween movies for kids; Check out scary films to watch with family
BTS 'Permission To Dance On Stage': From dance-breaks to Jin's bow, here are TOP moments
BTS' RM becomes first member to cross 600M streams on Spotify with solo-releases
Listen to the latest songs, only on JioSaavn.com