Justin Bieber headed to Instagram recently and reminisced about the past as he posted a handful of adorable throwback pictures with his brother, Jaxon 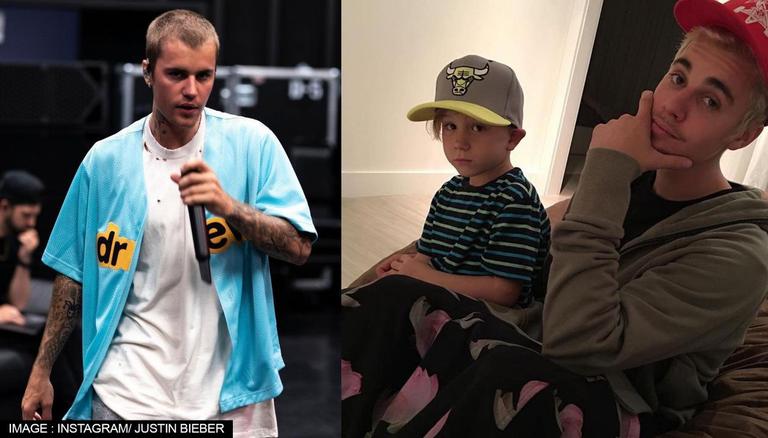 
Justin Bieber took to his Instagram account recently and reminisced about the past as he posted a handful of adorable throwback pictures with his brother, Jaxon. He expressed his love for his brother and could not seem to believe how time has passed over the years. Several fans and followers fell in love with the pictures of the two and quickly headed to the comments section of the post.

Bieber often takes to social media to post pictures with his siblings. He most recently posted several images in a slide show format of himself with Jaxon. He mentioned that looking at old pictures of the duo together made him remember how much he loves him and called him his 'precious little bro'. He said that he was proud of him and could not believe how time had passed.

His caption read, "I sit here and look at all of these photos and I’m reminded of how much I love you my precious little bro. I am so proud of you. I can’t believe you are 12 years old!" He also praised him for his qualities and mentioned that he was honoured to be his older brother. His concluded his sweet note on his social media account by writing, "You are such an amazing, sweet, handsome, special boy and I’m honoured to be your big brother."

This is not the first time Jaxon has features on the pop singer's Instagram page. Justin had earlier uploaded pictures of the youngster in which he can be seen striking poses for the camera as he wore a bright yellow sweatshirt and appeared to be spending time at the park. Justin captioned the images, "@jaxonbieber comin with the sauce."

He once also took time out of his day to teach his younger brother to cycle. He uploaded a picture of the duo, who appeared to be having the time of their lives. He wrote, "Me and pops teachin @jaxonbieber how to BMX"

Justin also has a younger sister, Jazmyn Bieber and recently posted an adorable picture on Instagram on the occasion of her birthday. In the picture, the siblings were fast asleep, as Justin hugged her. In the caption of the post, he mentioned that he was lucky to have her as his sister and promised to always be there for her. He wrote, "@jazmynbieber I love you so much! I feel so lucky to have you as a sister! I’m so proud of You! I’m always here for you. forever! Happy birthday!"