Post his Ramsay Hunt Syndrome diagnosis revelation, Justin Bieber is getting all 'support' from his wife Hailey, industry friends like Shawn, Khloe & more. 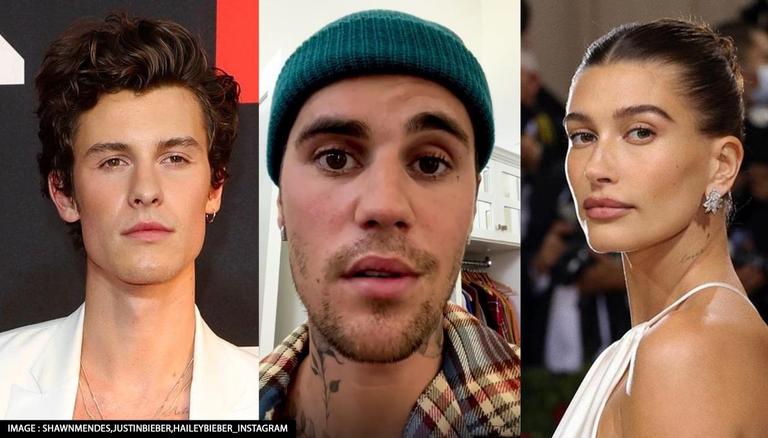 
On June 10, 2022, singing icon Justin Bieber revealed that he has been diagnosed with Ramsay Hunt syndrome due to which one side of his face has been paralysed. The 28-year-old took to his social media space to announce the same, therefore cancelling a few of his concert dates. Soon after the revelation was made by the Intentions singer, he received immense love and support from his wife Hailey Baldwin, his industry friends like Shawn Mendes, and more.

Ramsay Hunt syndrome is caused by the varicella-zoster virus (VZV) and occurs when a shingles outbreak affects the facial nerve near one of your ears. It also causes painful rashes around the ear, on the face, or on the mouth.

Justin Bieber's wife Hailey, who recently suffered from a transient ischemic attack and had surgery to remove the heart defect, took to her Instagram stories and shared her husband's post with a note stating, "I love u(you) baby," she even added a pleading emoji to it. Have a look at it here: 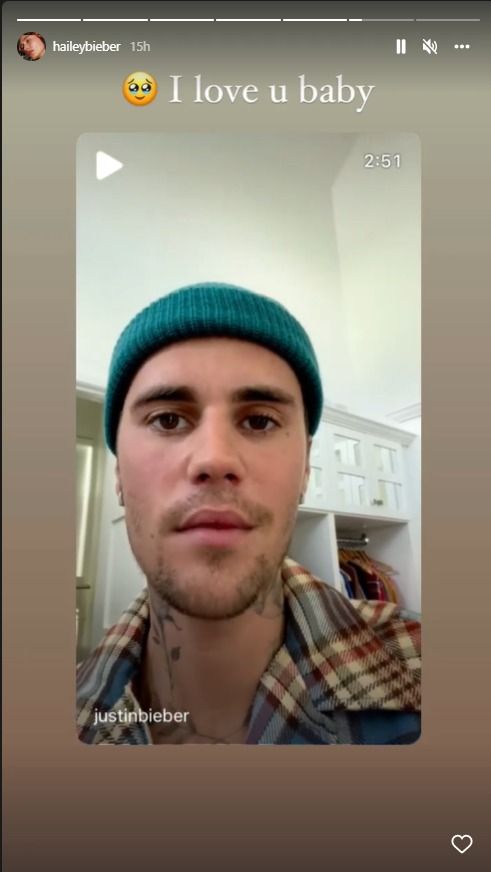 After the Baby fame singer posted the video on his Instagram handle, it witnessed several comments from his fans as well as industry friends. Khloe Kardashian commented, "We are praying for you! We love you!!! Rest up! Everyone understands." Bear Grylls wrote, "So brave. You’re going to be fine buddy…. And you’re truly loved by many and always in our prayers." Shawn Mendes also took to the comment section as he wrote how much he admires Justin. The comment read, "love you so much. I admire you so much," and many sent their prayers for the singer. 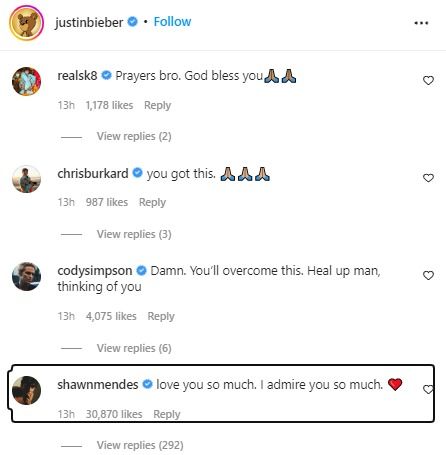 Explaining his syndrome and how badly the virus had affected him, Bieber said in an Instagram video, "As you can see, this eye is not blinking. I can't smile on this side of my face. This nostril will not move. So there's full paralysis on this side of my face. So for those who are frustrated with my cancellation of the next shows, I'm just physically obviously not capable of doing them. This is pretty serious, as you can see. I wish this wasn't the case, but obviously, my body's telling me I gotta slow down."

"I’m doing all these facial exercises to get my face back to normal and it will go back to normal. It’s just time, and we don’t know how much time it’s gonna be. But it’s gonna be OK, I hope. I trust God", the Peaches singer noted.

READ | Justin Bieber opens up on suffering from Ramsay Hunt syndrome; 'My eye is not blinking'

WE RECOMMEND
Justin Bieber postpones North American tour dates due to bad health; 'My heart breaks..'
Justin Bieber thanks Kanye West for inspiring him in a heartfelt birthday wish for rapper
When Justin Bieber left Indians fuming with his 'bad lip-sync' during 2017 Mumbai concert
Justin Bieber dedicates sweet post for 'precious sister' Jazmyn Bieber on 14th birthday
Justin Bieber opens up on suffering from Ramsay Hunt syndrome; 'My eye is not blinking'