G-Eazy was arrested on Monday night and was charged with assault for allegedly punching a man at a popular Manhattan club on September 10. 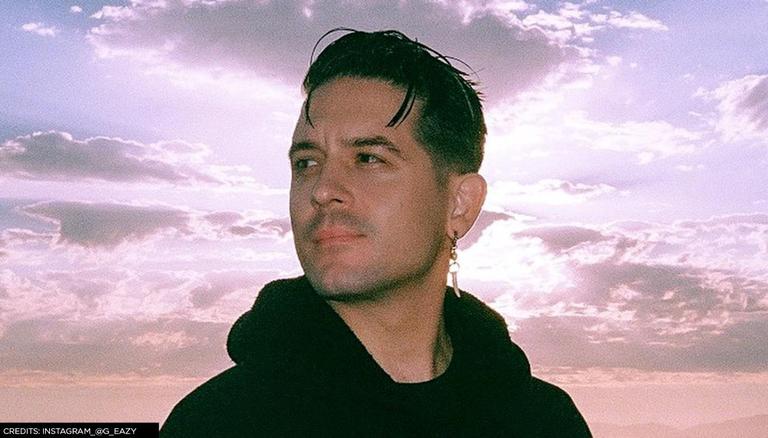 
American rapper G-Eazy has been arrested for his alleged physical altercation with a man in an NYC club last week. According to NYPD, G-Eazy was arrested on Monday night and was charged with assault for allegedly punching a man at a popular Manhattan club on September 10. G-Eazy's arrest comes after the rapper and his companions allegedly hit a man with a glass bottle, resulting in him having to seek treatment at a hospital.

The incident occurred at around 12.40 AM at the Standard hotel when Fashion Week parties were underway in the hotel's clubs-- Le Bain and the Boom Boom Room. The man G-Eazy allegedly punched had refused medical attention at the spot when the police arrived, TMZ reported.  He was “charged with assault after a 29-year-old male and 32-year-old male reported being struck by the defendant", as per the portal.

As per reports, the 'No Limit' rapper got into an altercation with 32-year-old socialite and son of a famous real-estate developer Daniel Chetrit. According to PageSix, G-Easy smashed a bottle on his head. It is being alleged that Daniel Chetrit, who is said to be close to models Kendall Jenner and Bella Hadid, had to get stitches in his head after the incident. Another man, a 29-year-old was also assaulted in the incident.

After the brawl, G-Eazy was arrested on Monday, 5.30 AM, as celebrities began making their way to the Met Gala in the city. The police have stated that G-Eazy received a desk appearance ticket and will be produced before the court on a later date. Sources reveal that he has been summoned to the court on October 1.

READ | Was 'The Bachelor' contestant Sarah Trott in a relationship with Rapper G-Eazy? Find out

Even though G-Eazy was arrested, two days later he attended the 2021 MTV VMAs in Brooklyn ahead of the release of his fourth studio album, These Things Happen Too. G-Eazy's new album teaser was dropped by the 32-year-old rapper on his Youtube page. A new track ‘The Announcement' has been released by the rapper. The album is said to be a sequel to the Bay Area rapper’s breakout 2014 album ‘These Things Happen'.

WE RECOMMEND
G-Eazy and Chris Brown team up for sampling Mark Morrison's 'Provide'
Was 'The Bachelor' contestant Sarah Trott in a relationship with Rapper G-Eazy? Find out
G-Eazy’s reps refute claims Halsey refers to him in her recent poetry compilation
G Eazy collaborates with Tyga and Tory Lanez for new song 'Still Be Friends'
Fast and Furious 8 ending song: Check out ending track 'Good Life' by G-Eazy and Kehlani