Taking to Instagram, Selena Gomez shared pictures from her 30th birthday celebrations, which had her close friend Taylor Swift in attendance. 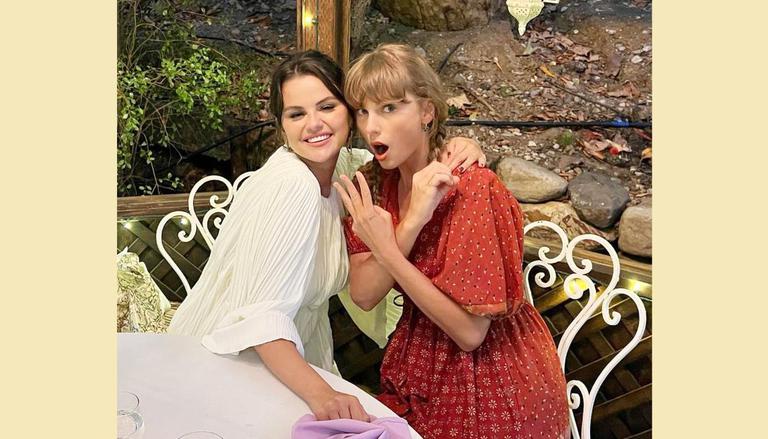 
Selena Gomez marked her 30th birthday with close pal and popstar Taylor Swift, with the duo's adorable glimpses making rounds on social media. The Lose You to Love Me crooner dropped two pictures of herself with Taylor, where the divas could be seen goofily posing for the camera in a lovely outdoor setting. Selena also thanked her well-wishers for their heartfelt messages on her birthday, while also revealing her 'biggest wish' this year.

Taking to her Instagram handle, the Rare Beauty founder shared two glimpses where she's seen beaming with joy alongside Taylor, who flaunts her goofy side in front of the camera. While Selena looks stunning in a white outfit, Taylor is seen donned in a printed rust orange dress. In the caption, Gomes wrote, "30, nerdy and worthy." Take a look.

In a message on her Instagram story, Selena wrote, "Thank you guys so much for all the bday love!!...This year, my biggest wish is for donations to the Rare Impact Fund to support mental health. Together we can reduce the stigma associated with mental health and increase access to resources. Love you guys so much!”

According to Page Six, Selena and Taylor's friendship dates back to 2008 when they were dating the Jonas Brothers. While Selena was seeing Nick Jonas, Taylor was linked to Joe. In a 2017 interview with KISS-FM UK, Gomez revealed, "We actually dated the Jonas Brothers together! It was hysterical. It was amazing because she was the girl with the big curly hair and all the bracelets and the cowboy boots, and I was definitely up-and-coming, and we just clicked. It was the best thing we got out of those relationships.”

Taylor also showered love on Gomez during a 2020 interview with The Wall Street Journal Magazine. The Love Story hitmaker mentioned that she knew Selena would have her back ever since they met for the first time. "In my life, I have the ability to forgive people who have hurt me. But I don’t know if I can forgive someone who hurts her," Taylor added.

READ | Selena Gomez opens up on Roe v. Wade reversal: 'Men need to stand up & speak against it'