Shakira Celebrates 20 Years Of Her Album 'Laundry Service'; Calls It Her 'golden Era'

Singer/songwriter Shakira celebrated the 20th anniversary of her first English album 'Laundry Service' and called the albums release 'golden era' of her life. 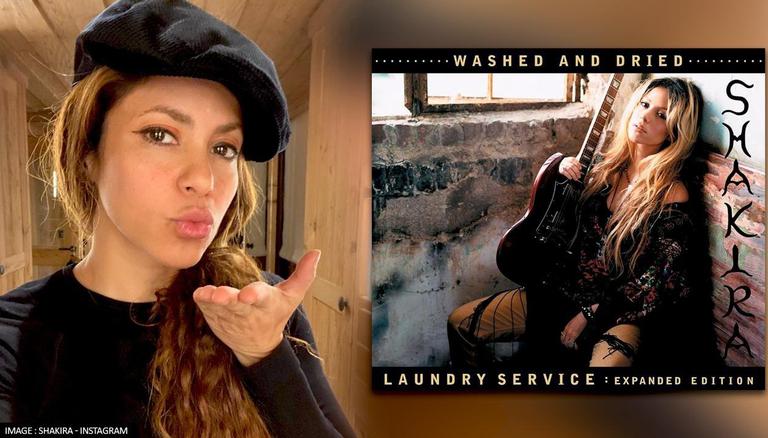 
Columbian singer/songwriter Shakira celebrated the 20th anniversary of her album Laundry Service on November 12. The album marked the singer's first album to be primarily recorded in English.

As Shakira celebrated 20 years of her album, she called the album's release the 'golden era' of her life and also released an extended version of the album to commemorate the occasion.

In an interview with People, Shakira called the release of the album the "golden era" of her life. She said, "Laundry Service was a testament to the fact that I was able to do anything. That my commitment was so huge. My commitment to music and to my own dreams. Nothing was going to be an obstacle, not even myself." To commemorate the occasion Shakira also released Laundry Service (Washed and Dried), the expanded edition for her album.

The expanded version of the album will feature four new tracks including the remix of Whenever, Wherever from Shakira's 2020 Super Bowl halftime performance with Jennifer Lopez. The Hips Don't Lie singer took to her Instagram to announce the release of her extended album and wrote, "To celebrate #LaundryService's 20th anniversary tomorrow, the expanded Washed And Dried edition has just been released to download / stream for very the first time - plus we've added the Super Bowl LIV version of Whenever, Wherever."

Laundry Service is the fifth studio album and first English language album by Shakira, globally released on November 13, 2001. Six singles were released from the album and the lead single Whenever, Wherever became an international success and reached number one on record charts of countries like Australia, Austria, France, Germany, Italy and Spain. The follow-up single Underneath Your Clothes repeated its success and topped the charts in several countries across the world.

The album received numerous record certifications in various countries, it was certified multi-platinum in the United Kingdom and the United States. Globally, Laundry Service was the seventh best-selling album in 2002. The album reportedly sold around 13 million copies making it one of the best-selling albums of the 21st century.