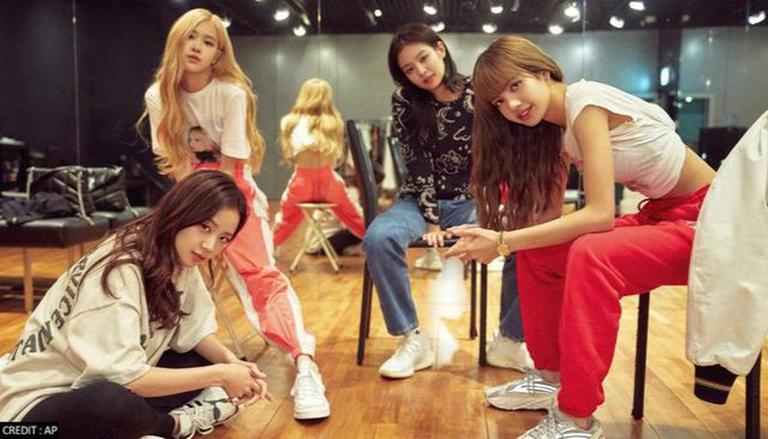 They penned a short note as they shared BLACKPINK'S GIF. Read on to know more.

Welcome #BLACKPINK to the UN family!

They have engaged with @COP26 to encourage young people to take #ClimateAction to protect the planet and were appointed today by Secretary General @antonioguterres as our new Sustainable Development Goals #SDG advocates.@ygofficialblink pic.twitter.com/HTXhX7wWSs

Taking to the official micro-blogging site, UN News dropped BLACKPINK's GIF. They tweeted, "Welcome #BLACKPINK to the UN family! They have engaged with @COP26 to encourage young people to take #ClimateAction to protect the planet and were appointed today by Secretary-General @antonioguterres as our new Sustainable Development Goals #SDG advocates." According to the report, upon being appointed as advocates by UN Secretary-General António Guterres, BLACKPINK members remarked, "We are honoured to be joining this journey towards a better world."

For the unversed, the UN's Sustainable Development Goals (SDGs) are a blueprint of 17 broad goals that aim to achieve a better and more sustainable future for all by the year 2030. The broad goals include several global issues, including poverty, inequality, climate change, peace, justice, and environmental degradation.

As new advocates of the SDGs, the South Korean K-pop group will help raise awareness about the 17 goals and the importance of achieving them. Earlier this year, BLACKPINK was also appointed advocate for the UN Climate Change Conference (COP26).

The K-pop girl band, BLACKPINK consists of four members- Jisoo, Jennie, Rosé, and Lisa. Recently, the group's member Lisa has released her debut album, LALISA, with a music video for the title track with the same name. In addition to the title track, LALISA also includes the song Money, as well as instrumental versions of both songs. The captivating music video shows Lisa on over thirty different sets and riding a motorcycle as well as an ATV.

Her music video has broken all the records to become the fastest debut music video in YouTube history to hit 10 million views within 90 minutes of its release. Earlier, Jennie and Rose had released their solo ventures - Solo and R in the year 2018.