At Cannes Film Festival 2022, Anurag Thakur hailed the Indian film market by revealing how movie openings in the country were like festivals. 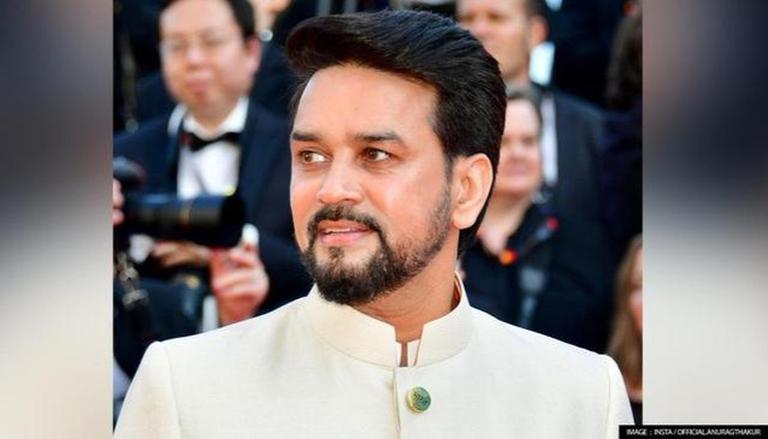 
Union Minister for Information and Broadcasting and Youth Affairs Anurag Thakur, on Tuesday, led the 11-member Indian delegation at the inaugural ceremony of the 75th Cannes Film Festival in France. The I&B Minister, at the inaugural ceremony of the Indian Pavilion at the prestigious film festival, spoke about how film releases in India were treated like festivals while expressing gratitude to everyone at the Marche Du Films for the prestigious honour.

I&B Minister Anurag Thakur attended Cannes 2022 and marked the 75th year of independence as it coincides with the 75th year of the Cannes Film Festival. Adding to it, he also lauded the platform for recognising noteworthy films in a bid to keep exemplary cinema alive. The Union Minister further reflected on how India is a country which not only makes the largest films in the world but even celebrates the release of the film like a festival.

Anurag Thakur said, "Cannes has been a platform to identify good films since 1946, you have kept good cinema alive. You value creativity, you value innovation. Let me also say that India is one country which not only makes the largest films in the world but also films the opening of which are like a festival there, with lots of songs and festival music... All I can say is you have to see at 4 am, any country which can do the opening, it is in India where the show is open, the film is launched and people are waiting in a queue to watch a movie, that can happen only in India," reported ANI.

Furthermore, Anurag Thakur even extended gratitude towards the Marche Du films for honouring the country while assuring them that India will continue to contribute towards creativity and good content. "Thank you for giving this honour to India at the Marche Du films as a country of honour. It means a lot for us and I'm sure India will keep contributing towards creativity, good content and I'm sure India could be the content hub of the world in the coming times, looking forward to contributing more in the years and wishing you good luck, looking forward to seeing you," Thakur added.

It is pertinent to mention here that India has also been named as the first-ever official 'country of honour' at Marche du Film, the business counterpart of the Cannes Film Festival. India is also a ‘country of honour’ at the 'Cannes Next', under which, five new startups would be given an opportunity to pitch to the audio-visual industry.