Amidst the growing tension in Ukraine after Russian troops invaded the country, many citizens have been forced to pick up weapons and fight for their freedom. 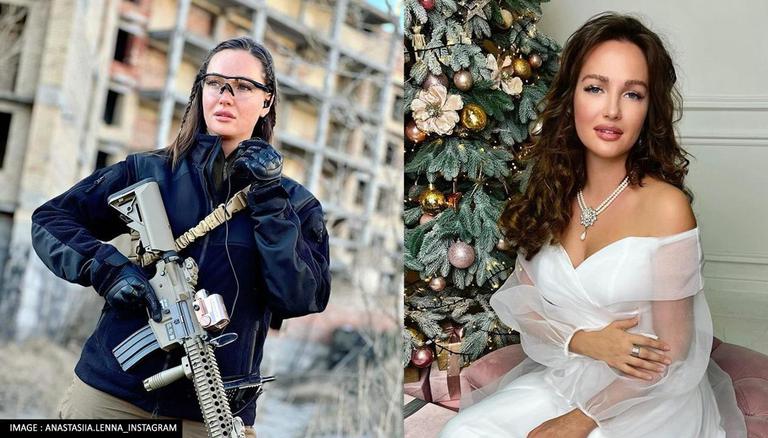 
After Russia's President Vladimir Putin announced a 'special military operation' in Eastern Ukraine, the citizens of Ukraine were left to face a humanitarian crisis as Russian troops invaded their lands. From bombarding buildings to capturing Piskiv Village, the citizens of the war-hit country are being compelled to either evacuate or stay back and fight against the Russian troops by putting their lives in danger. Kyiv mayor Vitali Klitschko addressed the people and urged them to 'take weapons and defend invasion'.

Following the same, former Miss Ukraine Anastasiia Lenna ditched the fancy gowns and joined the army to fight against the Russian invasion. Know all about the model who is training to face the Russian army.

Who is former Miss Ukraine Anastasiia Lenna who joined the Ukrainian army?

Anastasiia Lenna reportedly won the crown of Miss Ukraine as well as represented her country in the 2015 Miss Grand International beauty contest. As per the New York Post, the young model completed her graduation from Slavistik University in Kyiv. Moreover, her past photos on Instagram shows the young model practising using guns.

As per her Instagram posts, Lenna has joined the army in response to Kyiv mayor Vitali Klitschko stating in a news briefing, ''Many people are ready to fight for the country. They ask me for weapons. Many of the people have military backgrounds that are why we have built civilian defence. Every man and woman who are proud of their country can take weapons and defend it." 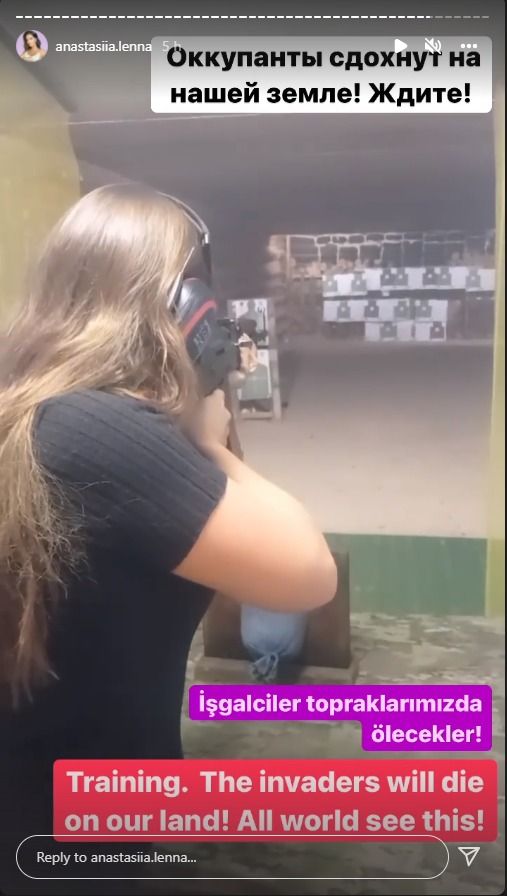 Lenna shared pictures of her wielding a gun with the hashtags ''#standwithukraine', '#handsoffukraine''. She also shared a bunch of pictures and videos depicting the grace situation unfolding in Ukraine after the Russian troops invaded the land. Voicing her opinion against it, the model strongly condemned the act and warned, ''Everyone who crosses the Ukrainian border with the intent to invade will be killed! (sic)" 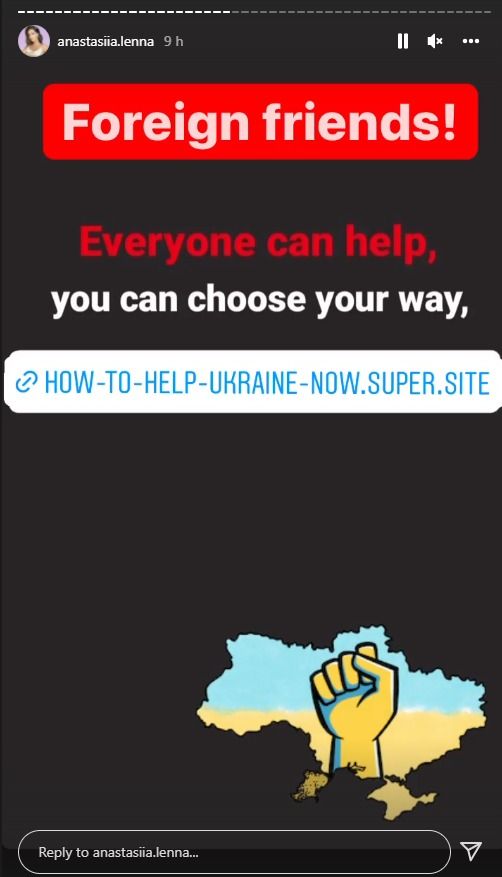 She also shared various information about food, shelter and more via her Instagram stories in order to assist the distressed people of the country. Additionally, she called on her international followers and netizens to extend their support to Ukraine and contribute towards safeguarding the people facing the aftermath of the invasion.