'Squid Game' director Hwang Dong-hyuk revealed that it took him a decade to pitch the script of the show as he was waiting for an appropriate time. 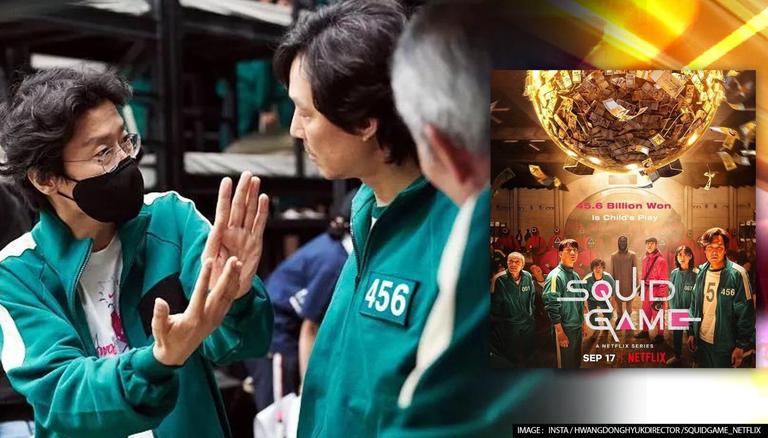 
Netflix's South Korean series Squid Game has been the talk of the town ever since its release and is on its way to becoming the streaming giant's number one show in the world. The nine-episode series follows the story of four hundred and fifty-six people, who have experienced financial constraints in life and are invited to play a mysterious survival competition. Competing in a series of traditional children's games but with deadly twists, they risk their lives to fight for huge prize money.

The director of the critically acclaimed show Hwang Dong-hyuk revealed that Squid Game was in development for almost a decade before he pitched the script. The director also shared that he was waiting for an appropriate time when violent stories would be more welcomed.

Squid Game was in development for almost a decade

Director Hwang Dong-hyuk revealed in an interview with The Korean Times that the show took over a decade to pitch mostly due to its premise. He shared that he started writing the script in 2008 but was waiting for the audiences to become more open and accepting towards violent stories. Though the premise of the series looks quite simple, the K-Drama is basically a satire about the intense competition that is reared in a capitalistic environment.

Hwang Dong-hyuk said, "Making the story into the series was still an adventure, just as it was about a decade ago. I knew that it would be all or nothing; either a masterpiece or a quirky flop. The idea behind this work was very experimental. So, I would keep on asking myself if audiences will find it convincing that the characters are risking their lives to play children’s games."

He added, "After about 12 years, the world has changed into a place where such peculiar, violent survival stories are actually welcomed. The series’ games that participants go crazy over align with people’s desires to hit the jackpot with things like cryptocurrency, real estate and stocks. So many people have been able to empathize with the story."

READ | As 'Squid Game' trends globally, see how to make the famous 'Dalgona candy' from the show