After Sye Raa Narasimha Reddy success, Tamannaah Bhatia was gifted a ring from Upasana Konidela. It was a bottle opener, but they cherished its memories.

When producers are happy with the response to their films, they like to shower love on the people who make it possible. Some examples of this were when Vidhu Vinod Chopra gifted a Rolls Royce to Amitabh Bachchan after Eklavya or when Sairat stars Rinku Rajguru and Akash Thosar received Rs 5 crore post the blockbuster success of their film. And that’s the story for Tamaanaah Bhatia too as her 'Mrs Producer' Upasana Konidela, wife of Ram Charan, gave a special gift to the actor post her impressive performance in Sye Raa Narasimha Reddy that helped the movie achieve success at the box office. Upasana gifted a big crystal ‘ring’ for her effort in the period action drama. Though not really a ring, but only a bottle opener, the duo cherished the memories associated with the movie.

As Sye Raa Narasimha Reddy minted moolah at the box office, Upasana Konidela caught up with one of the leads Tamannaah. Sharing a snap of Tamannaah flaunting a massive crystal ring on her finger, Upasana wrote, “A gift for the super @tamannaahspeaks from Mrs Producer. Missing u already. Catch up soon. #SyeraaNarashimaReddy.” 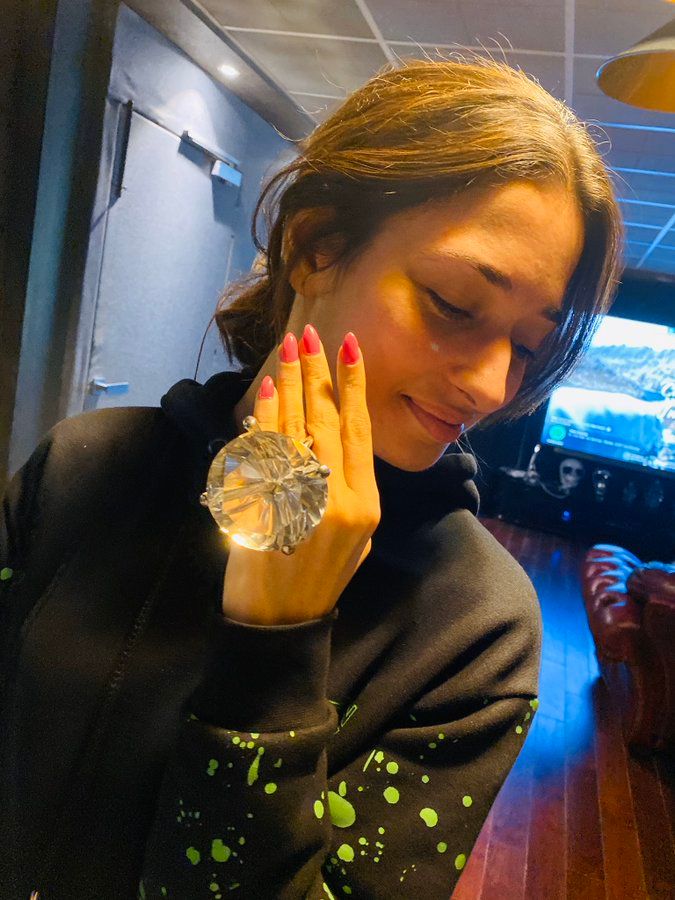 Tamaanaah, however, cleared that it was just a bottle opener, but the gift still mattered to her a lot. She responded, “This bottle opener shall have many memories attached to it . Felt awesome to catch up after so long , waiting to see you soon , miss u more.”

Tamanaah and Ram Charan had worked in the movie Racha in 2012. Sye Raa Narasimha Reddy, produced by Ram Charan, is the first time that she worked with his father Chiranjeevi.

After attending the success meet, Tamannaah had shared a heartfelt note, writing, “Overwhelmed with the love you all have showered on “Lakshmi “ Very happy to see the response for the film #syeraanarasimhareddy !! Thank you all 🙏🙏.”

Tamannaah plays the role of Lakshmi, the love interest of Narasimha Reddy in the movie. The title track of Sye Raa Narasimha Reddy features her character in an animated performance to encourage the villagers to stand up for the freedom movement.