Sye Raa Narasimha Reddy team was delighted with the success, as it reportedly earned over Rs 100 crore worldwide. Even stars from Tollywood joined them.

Hrithik Roshan-Tiger Shroff’s War has been creating records at the box office, but a movie that released on the same day is not far behind in terms of the response. Sye Raa Narasimha Reddy has also managed to create an impression at the box office and the team is delighted. Like Hrithik Roshan and Tiger Shroff celebrated the response to the film on Friday, Chiranjeevi, Ram Charan and team also got together to convey their gratitude to fans for the love.

Lead actor Chiranjeevi, son and producer of the movie, Ram Charan, director Surender Reddy, other members of the cast like Tamannaah Bhatia, Jagapathy Babu gathered for the meet to thank the audiences. They spoke about the journey related to film, the experience of shooting, how they accomplished the VFX work and more at the event. 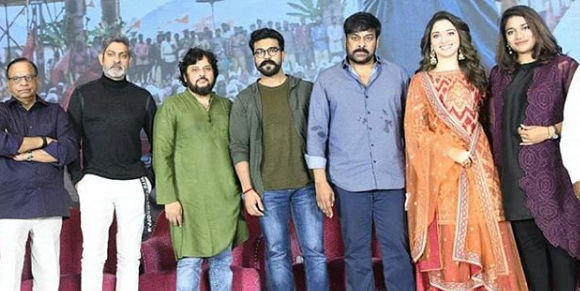 After the event, Tamannaah expressed her delight on Instagram, “Overwhelmed with the love you all have showered on “Lakshmi “Very happy to see the response for the film #syeraanarasimhareddy !! Thank you all” 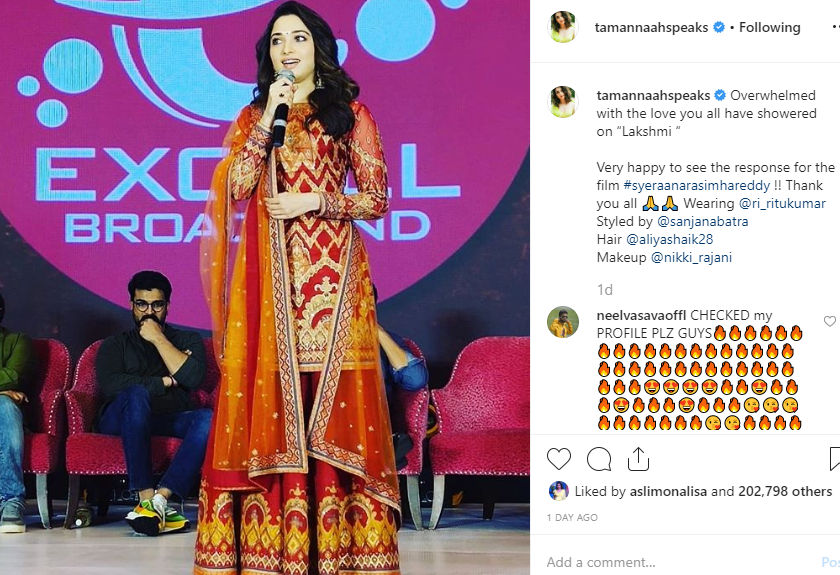 One of the main members of the cast, Jagapathy Babu also shared, “Overwhelmed with the kind words showered upon me by #Chiranjeevi garu, @alwaysramcharan & #SurenderReddy other stalwarts connected to #SyeRaa celebrations meet today. Touched by all the people who have tweeted on my performance.  Proud to be a part of Mega Successful #SyeRaaNarasimhaReddy.”

Moreover, Telugu star Allu Arjun and his father, producer Allu Aravind also hosted a bash for the team. Apart from the duo, Chiranjeevi and Ram Charan, other stars like Allu Sirish, Varun Tej, Akhil Akkineni also joined in the celebrations.

Earlier, Ram Charan had expressed his pride about his father’s performance and the success, writing, “THE MAN WHO GAVE US EVERYTHING Thank you so much Dad for this B O S S B U S T E R #bossbuster #syeraanarasimhareddy" along with the snaps of their affectionate bonding. 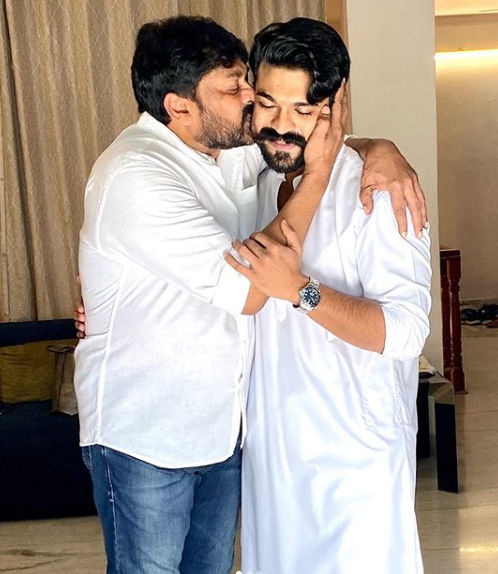 As per a report on Box Office India, Sye Raa Narasimha Reddy has minted close to Rs 60 crore at the box office in the South states. As far as the Hindi version is concerned, the movie earned Rs 2.60 crore on the opening day. As per reports, the movie is said to have earned over Rs 100 crore worldwide in two days.