Vignesh Shivan Thanks Dhanush As His 1st Film With Nayanthara Clocks 7 Yrs: 'work That...' 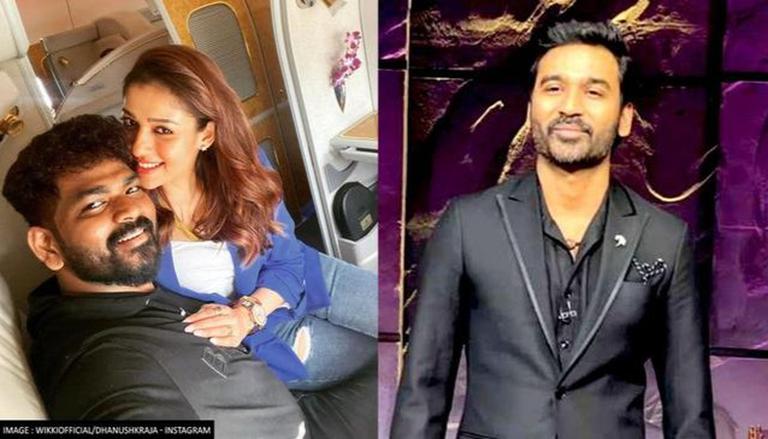 
Filmmaker Vignesh Shivan made his directorial debut with the 2012 film Podaa Podi, which starred Silambarasan and Varalaxmi. However, his breakthrough came with the 2015 movie Naanum Rowdy Dhaan. While the movie was welcomed by the audience open-heartedly, the movie also marked Shivan and Nayanthara's maiden collaboration. As the film clocked seven years, the director recently shared a behind-the-scenes video and thanked Dhanush for the movie.

Taking to his Instagram handle, Vignesh Shivan shared a throwback behind-the-scenes video from the sets of Naanum Rowdy Dhaan, which starred Nayanthara and Vijay Sethupathi. In the caption, he thanked actor-filmmaker Dhanush, who bankrolled the film and revealed that the rom-com gave him "EVERYTHING." He wrote, "7 years of a happy experience:) the film, the work that gave me EVERYTHING. always grateful to Dhanush sir."

Naanum Rowdy Dhaan followed the story of a man named Pondy Pandi, a policeman's son, and Kadhambari, a girl with hearing impairment. While Pondy Pandi falls for Kadhambari, she asks him to help her in a murder. Apart from Sethupathi and Nayanthara, the movie also featured Raadhika Sarathkumar, Surya Sethupathi, RJ Balaji and more. As the movie clocked seven years, Vijay Sethupathi also shared its poster on Instagram.

READ | Explanation to be sought from Nayanthara-Vignesh Shivan on surrogacy: Tamil Nadu govt

The film is extra special to both Vignesh Shivan and Nayanthara as they fell in love on its sets. Soon after their meeting, the couple began dating. After going out for seven years, the two tied the knot earlier this year in an intimate ceremony. However, according to an affidavit submitted by the couple, they legally got married six years ago and celebrated their union in June 2022. But they have not officially confirmed the same.

Vignesh Shivan and Nayanthara welcomed their twin babies, both sons, reportedly via surrogacy. Sharing a beautiful family picture, the filmmaker wrote, "Nayan & Me have become Amma & Appa. We are blessed with Twin Baby Boys. All Our prayers,our ancestors’ blessings combined wit all the good manifestations made, have come 2gethr in the form Of 2 blessed babies for us. Need all ur blessings for our Uyir & Ulagam. Life looks brighter & more beautiful. God is double great."