Mythri Movie Makers took to their official Instagram and along with sharing the poster of Mega 154, they announced the release date of the Chiranjeevi starrer. 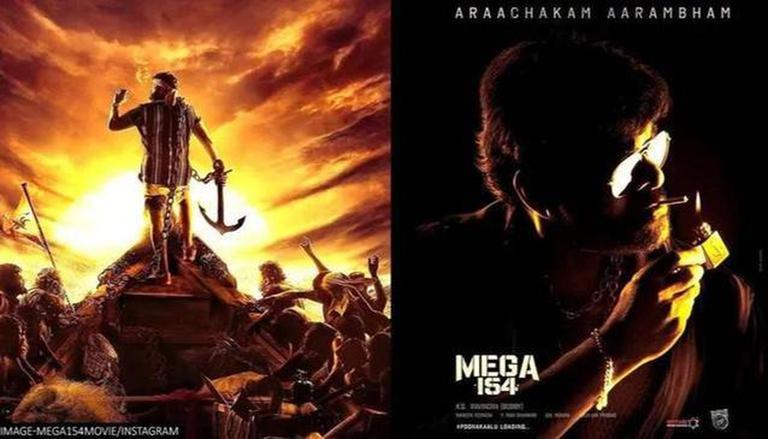 
Veteran Telugu star Chiranjeevi will once again be seen in a fierce avatar in his forthcoming film Mega 154, alongside actor Shruti Haasan. Reportedly, Chiranjeevi is likely to portray the role of a cop in Mega 154. The project is being bankrolled by Mythri Movie Makers with Bobby serving as the director of the actioner.

Ever since the project was announced, fans were eagerly waiting for an update on the film. The first-look posters of the film have already fueled their excitement levels. Recently, the makers took to their social media handle and unveiled the official release date of the actioner.

On Friday, the official handle of Mythri Movie Makers took to their Instagram and along with sharing the poster of Mega 154, they announced the release date of the film. Going as per the post, the mass entertainer will be out in the theatres on the auspicious occasion of Sankranthi 2023. The handle wrote in the caption, "#Mega154 Grand Worldwide Release in Cinemas this Sankranthi 2023 💥💥aa"

As soon as the post surfaced online, fans couldn't resist their excitement and jumped into the comments section. One of the users wrote, "MASS BLOCKBUSTER 💥😈⭐✨" while another wrote, "Excited for Ravanna Cameo 🔥" whereas, the rest of the users simply dropped fire emoticons in the comments.

Chiranjeevi welcomes Shruti Haasan on board

Earlier in March, Chiranjeevi headed to his social media account and shared a pic with Shruti Haasan, while welcoming the latter to the Mega 154 cast on the occasion of women's day. In the photo, Chiranjeevi is seen handing over a bouquet of flowers to Shruti Haasan. The two could be seen twinning in black as they smiled posing with each other. He wrote in the caption, "On this Women's Day, delighted to Welcome you on board @shrutihaasan  You bring Woman Power to #Mega154."