Chiranjeevi and Rajinikanth are two of the most popular actors in the film industry and have a fan-following across the globe for their stellar performances. 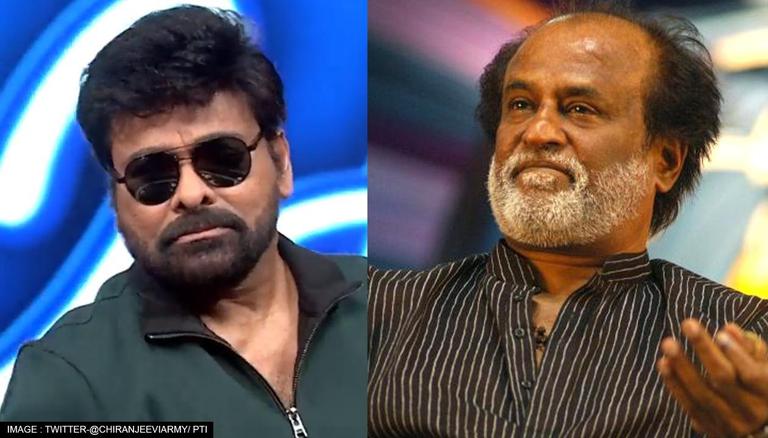 
Chiranjeevi and Rajinikanth are two of the most popular actors in the south film industry and have a fan-following across the globe for their stellar performances on screen. A clip featuring Chiranjeevi making a guest appearance on a reality show has now begun making the rounds, as the 'Megastar' imitated the 'Superstar' on the show and won hearts. Glimpses from the show are now doing the rounds on social media, as fans hail Chiranjeevi as the 'boss' for his top-notch imitation.

It was during the finale episode of Telugu Indian Idol that Chiranjeevi proved that like millions across the globe, he is also a fan of the megastar Rajinikanth. He imitated Rajinikanth's iconic walk and also mimicked his look with sunglasses for contestant Boda Jayanth Maadhur, who also loves the actor.

Several fans and followers took to social media to hail the actor for his imitation and called him the 'boss' as they hailed him for his 'swag and style'. They called Chiranjeevi's imitation 'super' and flooded the comments section of the clip with heaps of love for the actors.

Rajinikanth and Chiranjeevi on the work front

Rajinikanth was recently in the news after his 'Thalaivar 169' project was officially titled Jailer. The actor is all set to wow fans with his work yet again and the first look from the film piqued fans' interest. The first look featured a machete covered in blood, and the makers announced that the film will be titled Jailer.

The film will mark the actor's 169th movie and his maiden collaboration with director Nelson Dilipkumar. Apart from Rajinikanth, the film will also see Shivrajkumar in a pivotal role.

Chiranjeevi, on the other hand, recently saw his film Acharya release on the big screen. The film saw the actor playing a pivotal role as he shared the screen with his son, Ram Charan. The action-drama flick also saw Pooja Hegde, Sonu Sood and Jisshu Sengupta in integral roles and recently made its OTT break on Amazon Prime Video.