The filmmakers of Telugu's first original superhero film, Hanu-Man, recently roped in Dulquer Salmaan to unveil the first glimpse of the film. 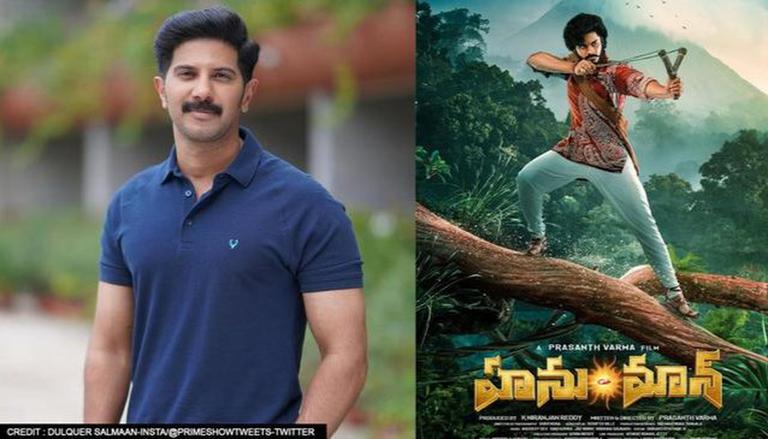 
The filmmakers of Telugu's first original superhero film, Hanu-Man, recently roped in Dulquer Salmaan to unveil the first glimpse of the film. Salmaan took to his Facebook handle and dropped a series of posters of the film. The director, Prasanth Varma has also taken to his verified Twitter handle and expressed gratitude to Salmaan for the same.

Along with the first poster of the film, a short video has also been released. Hanu-Man stars Teja Sajja in the lead role. It is going to be the first original superhero movie in Telugu. Watch the video below. 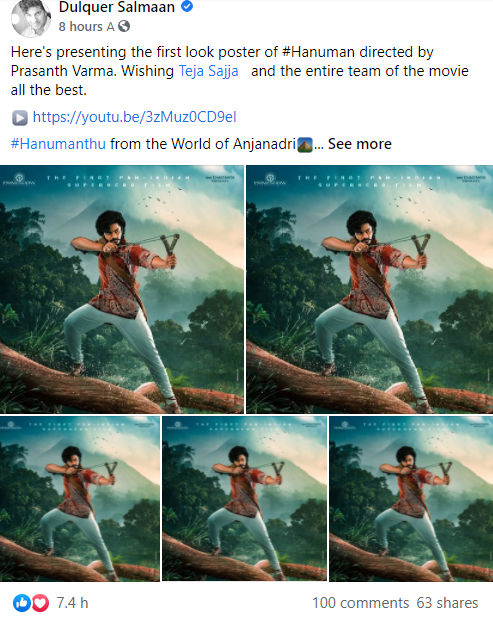 Dulquer Salmaan took to his Facebook handle and shared the first glimpse of Hanu-Man. He captioned his post, "Here's presenting the first look poster of #Hanuman directed by Prasanth Varma. Wishing Teja Sajja and the entire team of the movie all the best." He also shared the link to the video as he dropped the pictures.

Taking to the micro-blogging site, Hanu-Man's director Prasanth Varma shared a snip of Dulquer Salmaan's tweet. He also expressed gratitude to the actor for unveiling the first glimpse of the upcoming Telugu film. The helmer tweeted, "Thank you so much @dulQuer garu" with a red heart. The video and the film's poster has been trending ever since they were released.

READ | As Mammootty turns 70, son Dulquer Salmaan says, 'fortunate to be your family'

Thank you so much @dulQuer garu ❤️ pic.twitter.com/zgce5c4ss4

In the video, electrifying Teja Sajja can be seen running in the forest and hunting a deer with his sling. The actor will be portraying the role of Hanumanthu. Sharing the video, Prime Show Entertainment tweeted, "Director @PrasanthVarma 's adventures never cease to amaze us Star-struck Introducing @tejasajja123 as #Hanumanthu from the world of #Anjanadri Launched by @dulQuer. HANU-MAN The First Pan-India SuperHero Film #HanuMan @Niran_Reddy."

Helmed by Varma, the film is touted to be a superhero film that will be releasing in five languages. The film marks the second time that Varma and Sajja have teamed up after Zombie Reddy. Backed by K Niranjan Reddy, the cast and crew are shooting the film in Hyderabad. Hanu-Man release date is yet to be announced, however, it is expected to hit the theatres soon.

WE RECOMMEND
Varun Tej and Daksha Nagarkar grace the pre-launch event of 'Zombie Reddy'
Here is all you need to know about Teja Sajja and Priya Varrier movie 'Ishq'
Prabhas to unveil trailer of upcoming Telegu film 'Zombie Reddy' on January 2
Priya Prakash Varrier's 'Ishq' trailer trends on Twitter as fans show support to film
Priya Prakash Varrier shares 'first zolt of Ishq', claims it is 'not a love story'; see
Listen to the latest songs, only on JioSaavn.com