Prithviraj Sukumaran-led action flick 'Kaduva', which recently hit theatres, has landed in controversy due to a dialogue against differently-abled children. 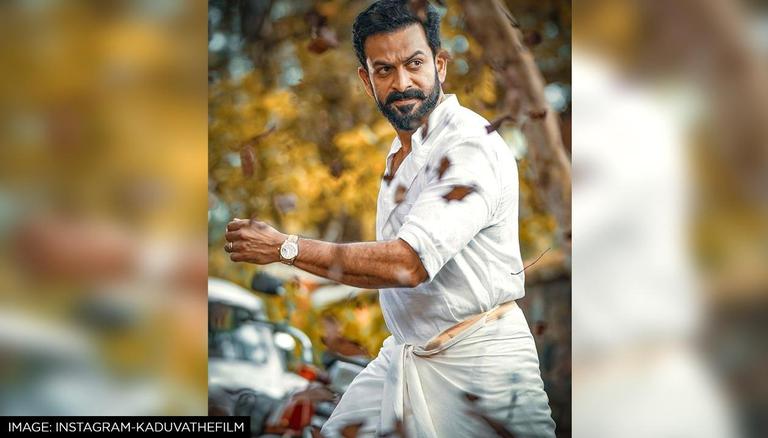 
Prithviraj Sukumaran-led action flick Kaduva, which recently hit theatres, has landed in controversy due to a dialogue against differently-abled children.  Director Shaji Kailas and Prithviraj issued an apology after State Commission for Persons with Disabilities issued notices to them based on a complaint filed by an association named 'Parivaar'.

The scene in question shows Prithviraj stating that differently-abled children are born with 'such conditions' as a result of their parent's sins. Prithviraj reshared Shaji Kailas' apology letter via social media, in which the director accepted that they failed to keep in mind the connotations of the dialogue and further asked for forgiveness.

Taking to his Twitter handle, Prithviraj Sukumaran reshared Shaji's apology statement, which translates to, "I express my unconditional apology over dialogues in my movie which have caused pain to the parents of children with disabilities. I request you to consider it a mistake on our part and forgive us. The fact is that screenwriter Jinu who wrote the scene, or I who directed the sequence or Prithviraj who acted in the scene did not think about the other aspects of the dialogue when we were shooting it."

It continued, "We were only thinking about conveying the extent of the villain's cruelty to the audience. We did not intend to say that differently-abled children are suffering for the doings of their parents." The filmmaker mentioned that while his apology may not undo the hurt that was caused, he seeks forgiveness nonetheless. Take a look.

Sorry. It was a mistake. We acknowledge and accept it. 🙏 pic.twitter.com/fl5zweAUIe

For the unversed, Kaduva also starred Vivek Oberoi and Samyuktha Menon among others in pivotal roles. Backed by Prithviraj Productions and Magic Frames, the film hit theatres on July 7, 2022.