Kurup is a crime thriller based on real-life absconder Sukumara Kurup, who still features in the most wanted list of Interpol. 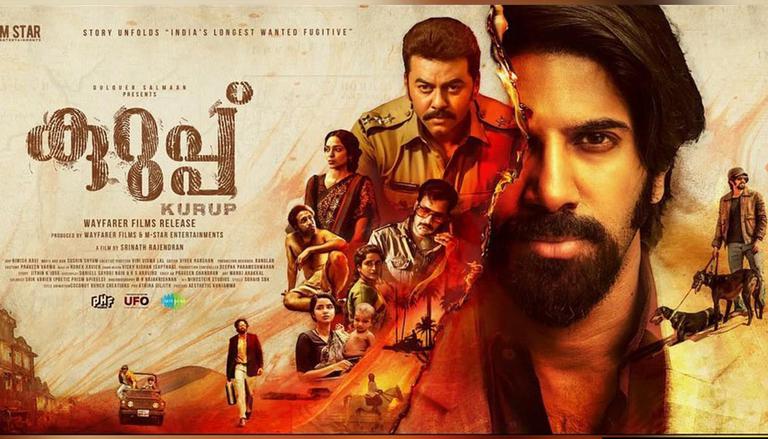 
As theatres across states opened after a prolonged period of shutdown, regional film industries in India, especially, Malayalam film fraternity had been sent to a frenzy as many of the much-awaited magnum opuses were waiting to hit the big screens for long. People in Kerala returned to theatres after a brief hiatus after Dulquer Salman-starrer Kurup hit the screens on 12 November. Based on the life of Kerala's long-absconding fugitive Sukumara Kurup, the movie generated excitement ever since its announcement back in 2018.

Sukumara Kurup being the most controversial figure in the history of Kerala Police made the movie garner antipathy prior to release as there were long withstanding debates on whether the movie will glorify the infamous Kurup considering it had a prominent figure in Malayalam cinema essaying the lead. As a week pass by after Kurup finally hit the silver screens, let's take a look at whether the movie did justice to the real-life incidents or not. Reminder: Minor spoilers are ahead for those who are yet to watch.

Kurup starts with a passionate Gopi Krishnan (before he came to be known as Sudhakara Kurup) joining the Indian Air Force at a very young age. The film commences on a comic note featuring Kurup's endeavours at the IAF camp, where his rebellious character leads him to stringent punishment from seniors. Alongside this, Kurup's friendship with an Air Force fellow is also portrayed. However, the film shifts gears to a serious tone after Kurup calls it quits on Air Force and commits perhaps the first-ever high-profile con act in his life. He fakes his own death by suicide and creates a fake death certificate to avert the eyes of Air Force seniors. However, as the film progresses, the audience comes to realise that even minor actions by Kurup were well-calculated and part of a bigger plot, perhaps an unthinkable con act by Kerala's most wanted conman.

What makes the audience watching Kurup stay rooted in their seats is the captivating cinematography. Nimish Ravi has done a fantastic job behind the lens having captured the visuals of Kerala in the 80s without losing its aesthetics. Sreenath Rajendran has proved that he can be counted among promising directors who will take the Malayalam film industry to new heights with his directorial prowess. Though his previous outings Koothara and Second Show were mostly under a softer tone, attempting a controversial topic like the life of Sukumara Kurup posed several challenges which the director dealt with at ease.

But what deserves to be appreciated the most is the stellar artwork by national-award winner Vineesh Banglan, who managed to pull off the setting of Kerala state in the 70s-80s era without giving space to point out errors. The art department of Kurup has done a fabulous job and can be expected to bring many awards home. Background score by Sushin Shyam deserves praise for being in sync with popular regional music of the era in which the story is set.

Coming to the actors, Dulquer Salman, in what happens to be the most commendable performance in his entire career, was outshined by Shine Tom Chacko, who went beyond all lengths to make sure his character strikes a chord. Other members of the ensemble cast including Sobhita Dhulipala, Indrajith Sukumaran have performed beyond expectations. However, the casting department deserves a special mention as the decision to choose Tovino Thomas to play the victim Chacko is praiseworthy considering the sheer resemblance that the actor has with the real-life character.

Viewers who have watched the acclaimed Korean movie Memories of Murder might have a surprise in store while watching Kurup as the film ends on a similar note as the penultimate scene of the Korean movie, as before the screen progresses to the credits, Dulquer's character can be seen glancing at the audience, pulling off a brief smirk, indicating Kurup's confidence that he cannot be nabbed.

Though K. S. Aravind and Daniel Sayooj Nair, who penned screenplay and dialogues respectively for the thriller, have managed a decent job, the movie falls behind when it comes to characterization. There have been films like NH47, Pinneyum which were also based upon Sukumara Kurup's life, however, all those movies were lauded for doing justice to the real-life incident by portraying Kurup in the negative shade. Though Dulquer's Kurup also attempts the same, as the movie proceeds to the second half, particularly during the climax portions, a tinge of glorification can be observed as Kurup forays into unthinkable and high-risk measures to evade the eyes of the law.

Most of the debates concerning the movie were on the fact that considering the real-life victim is survived by his family settled in Kerala, whether or not a popular star portraying the absconder might end up in their bad taste or not. Though Kurup is the antagonist in the movie, his antics and brilliance at times depict a tinge of glorification to it. Towards the end of the movie, Kurup's character reaches the point where one cannot help but feel that his transformation is too good to be believed true.

The slow-paced first half is another hindrance that dampens the movie's appeal. Scenes portraying Kurup's life at Air Force camp, though aided in bringing the entertainment factor, could've better been conveyed in reduced time frames.

Avoid the factual misrepresentations and characterization errors, Kurup can be considered a decent watch. Thriller genre enthusiasts can expect goosebumps moments from the movie. Though, if you are looking forward to watching more of a realistic portrayal of Sukumara Kurup's life, we would recommend giving movies like Pinneyum and NH47 also a try alongside Kurup.

Sukumara Kurup is one of the most wanted criminals in India and is the prime accused in a murder case that happened in 1984. Kurup was accused of faking his own death by murdering Chacko, a film representative and burning him inside his car. What motivated Kurup to commit the heinous crime was to garner insurance money worth around ₹8 lakh. Co-conspirators in the crime, Kurup's driver Ponnapan and relative Bhaskara Pillai were convicted, however, Kurup had fled the country and managed to space multiple attempts by police to nab him. Kurup features in the wanted list of Kerala State Police as well as Interpol. To date, he is declared absconding.