'Pushpa: The Rise - Part 01's controversial scene starring Allu Arjun & Rashmika Mandanna that was attracting criticisms, has now been deleted, as per the fans. 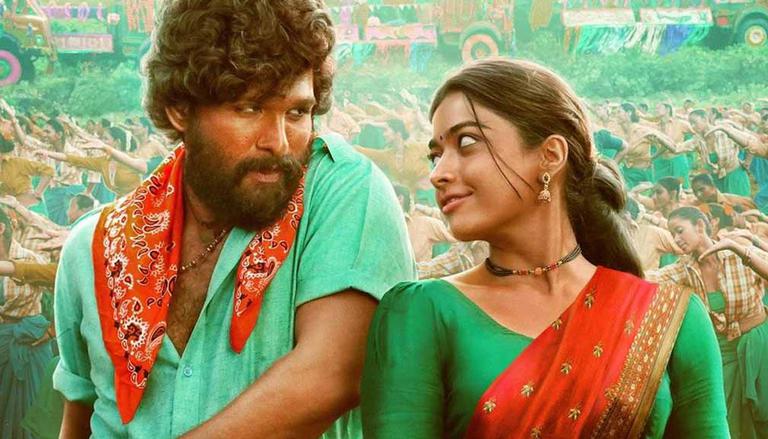 
Allu Arjun-starrer Telugu film Pushpa: The Rise Part 01 has become a talking point with its collections at the box office, and praises from even celebrities like Akshay Kumar. However, there has also been a controversy over one of the scenes in the film. The scene in which the lead character Pushpa reportedly touches Srivalli's (played by Rashmika Mandanna) chest was not taken well by some of the audiences.

Many had expressed their displeasure over the scene, and even some fans of the lead stars had felt it was not appropriate. As a result, the scene has been removed, claimed fans of Allu Arjun. The scene is no longer part of the shows being screened for the last couple of days.

As soon as the film hit the theatres on Friday, netizens had started speaking about the 'van scene', where Allu Arjun's character touches Rashmika Mandanna's chest. One wrote the female audiences felt awkward, while hoping that it would be edited out.

Watched #Pushpa in Sarat-Vizag and I didn't noticed any sound issues.
Public talk- Movie Bane undhi kadha baledu annarenti.. I too felt the same.
But ladies are feeling very awkward during that Van scene, hope it will be trimmed.@MythriOfficial @alluarjun

Later, fans of the Ala Vaikunthapurramuloo star wrote to some of the netizens who were expressing displeasure that the scene was being deleted, while admitting that it was 'absurd.' One wrote that Allu Arjun himself felt uncomfortable while watching the film with audiences in the theatre.

The scene would not be a part of the film from Sunday onwards, they said, to cater to the family audiences.

👉Sitting inside a van,#AA placing his hand on the shoulder of #Rashmika Scene deleted

👉#AlluArjun felt bit uneasy after watching in theatres as family audiences are not receiving it well.They have cut out that scene now to avoid controversy

@NaanSamantha Hey sis, Pushpa movies is deleting a scene from the movie. They described it as a van scene, I have watched the movie till now, if I am not mistaken, you raised your voice against this scene. I am glad that they are deleting this absurd scene. pic.twitter.com/NWXEfnph5x

#Pushpa's Van Scene Will be Deleted From Sunday so that Families would feel Comfortable To watch the Movie . #pushpaTherise #PushpaTherule #PushpaRaj #AlluArjun #ThaggedheLe pic.twitter.com/oz9eeGqn9u

Meanwhile, the team of Pushpa held a grand success event in Tirupati on Monday. Allu Arjun, Rashmika, director Sukumar and other members of the team were present at the gathering. They conveyed their gratitude to the audiences for their support and love for the venture.

READ | Allu Arjun says 'Pushpa' was meant to be a solitary film; shares why it was split in two

As per reports, the film has crossed the Rs 150-crore mark at the global box office. The Hindi version has also performed well, with over Rs 15 crore collections in four days, while countries like the United States of America have witnessed collections close to $2 million, as per makers.

READ | 'Pushpa: The Rise' director Sukumar had to convince Samantha Ruth Prabhu to do 'Oo Antava'

Among the other highlights regarding the film has been the Oo Antava Oo Oo Antava song, starring Samantha Ruth Prabhu, which has been making headlines since its release.