‘Pushpa’ Gets New Release Date Ahead Of Christmas, Averts Box-office Clash With ‘83’

Deciding to avert a possible box office clash with Ranveer Singh's '83', the makers of 'Pushpa: The Rise' has now changed the film's release date. 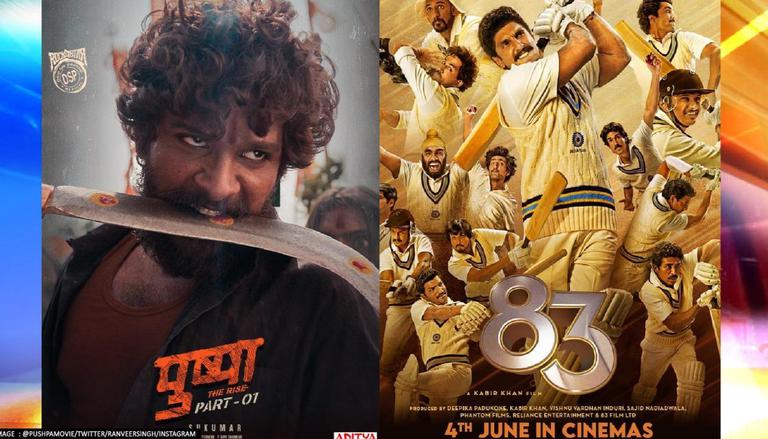 
The makers of Allu Arjun starrer Pushpa: The Rise on Saturday revealed the movie’s new release date. The film, which was originally slated for December 25, will now hit the theatres a week early on December 17. The film’s week early release means that it will avoid a box-office clash with Ranveer Singh's 83, which is scheduled for Christmas this year. The two films were earlier on track for a pan-India theatrical clash, which has now been averted.

Pushpa: The Rise to release ahead of schedule

Deciding to avert a possible box office clash with yet another highly-anticipated film in 83, the makers of Pushpa: The Rise has now fixed a new release date. Making the announcement on the film’s social media handles, the makers informed that the release date has been pushed to a week before Christmas. Sharing the poster, the makers said, "This December, Theatres will go Wild with the arrival of #PushpaRaj. #PushpaTheRise will hit the Big Screens on DEC 17th. #PushpaTheRiseOnDec17 #ThaggedheLe[sic]."

Earlier, the makers had revealed that they had to halt the film’s shoot due to heavy rains. The team was completing the film’s last schedule in Maredumilli, which had to be called off due to rains, causing worries regarding the film’s release date. However, the team seems to have made up for the delay as they have now confirmed the new date ahead of the original one, which was bound to clash with Ranveer Singh’s cricket-based film 83.

Details about Pushpa: The Rise

Pushpa will release in two parts. The upcoming instalment of the film is titled Pushpa: The Rise. The film is set for a pan-India release in five languages — Telugu, Tamil, Malayalam, Kannada, and Hindi. The film features Rashmika Mandanna as its leading lady while Fahad Faasil takes on the role of the antagonist. The supporting roles in the film will be played by Dhananjay, Anasuya, Sunil, Vennela Kishore, Prakash Raj, Dayanand Reddy, Deepak Shetty and Anish Kuruvilla. While Sukumar is helming the project, it is being produced by Naveen Yerneni and Y Ravi Shankar. The film's plot revolves around the mafia of red sanders, prevalent in the Chittoor district. The film is expected to be a mass action entertainer as hinted in the film’s trailer.