Rajinikanth officially completed 47 years in the entertainment industry recently and was lauded by his daughter, Aishwaryaa Rajinikanth. 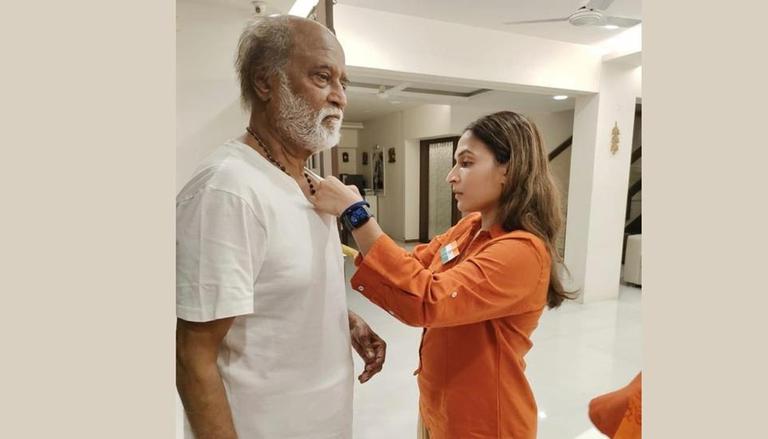 
Superstar Rajinikanth has taken the Indian film fraternity to bigger heights in his more than four-decade-long stint, having delivered projects like Kabali, Sivaji, Darbar, Kaala and many more. The actor officially completed 47 years in the entertainment business recently and was lauded by his daughter, Aishwaryaa Rajinikanth.

His 47-year-long journey, which coincided with the occasion of Independence Day 2022, was celebrated by fans and his well-wishers. Aishwaryaa Rajinikanth took to social media and mentioned how 'proud' she was to be born to the superstar, whose 'hard work and dedication' is an inspiration to many.

Taking to her Twitter handle on Monday, August 15, Aishwaryaa shared two pictures, one of which showed Rajinikanth standing against a wall with "47 Years of Rajinism" written on it. The other glimpse was of the father-daughter duo celebrating Independence Day.

Meanwhile, Rajinikanth also took to his Twitter handle and penned a heartfelt note as the nation marked the 75th year of its independence. Rooting for the 'Har Ghar Tiranga' campaign, he wrote, "This is the 75th year of independence for India.. our motherland. As a mark of respect, and as an expression of our unity... for all the lakhs of people who suffered untold struggles and miseries.. pain and humiliation.. for all those many thousands of people who sacrificed their lives selflessly for this freedom.. for all those freedom fighters, martyrs and leaders.. let us honour and salute them with gratitude.. beyond caste, religion and politics... (sic)"

READ | Ahead of Independence Day, Rajinikanth posts image of Tricolour as his Twitter DP

He added, "Let us pass on our Indian National Flag to our next generation of kids and youngsters to be proudly displayed outside our homes, offices and workplaces. Let us celebrate the great Indian 75th Independence Day with pride... Let our national flag fly everywhere as we salute them. Jai Hind. (sic)"