R Madhavan recently spoke to Republic Media Network about his much-awaited movie 'Rocketry: The Nambi Effect' based on the life of Nambi Narayanan. 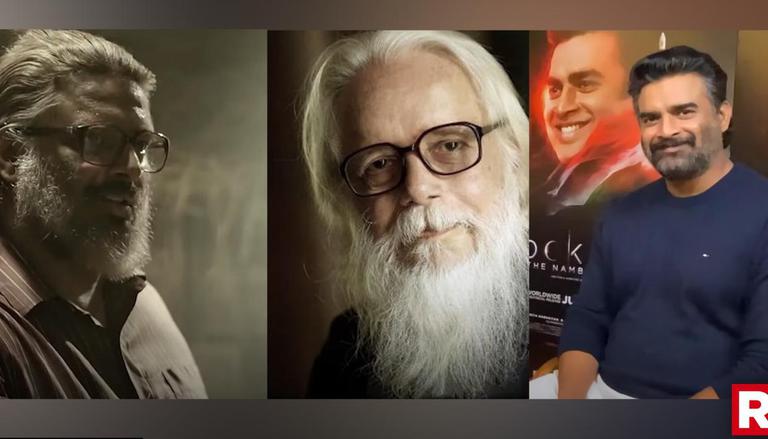 
R Madhavan is all set for the release of his much-anticipated film Rocketry: The Nambi Effect, which will hit the theatres on 1st July 2022. While giving a sneak peek into the experience of making the film, R Madhavan spoke to Republic Media Network and revealed whether he faced any pressure depicting ISRO Scientist, Dr Nambi Narayan’s life on screen. Read further ahead to know more about the interaction.

When asked whether R Madhavan faced any pressure while stepping into the shoes of Padma Bhushan awardee ISRO scientist Dr Nambi Narayanan, he denied facing any sort of pressure and stated how there was complete insanity that had set in because they wanted to depict a story. Adding to it, he even reflected on how they somehow knew what to do and kept at it. The RHTDM actor also went down memory lane and recalled how they might have been completely illogical in their minds thinking that they would never finish the film on time.

R Madhavan told Republic, “There was insanity that had set in simply because we wanted to tell a story. So when you’re insane, you don't look at the pedals of what you're doing. This one, by no means, was never creating any panic for us. We just somehow knew what to do, one day at a time, one shot at a time and we kept at it. When I look back at it today, it looks like we might have been completely illogical and not even rationale in our mind, in our thinking that we will finish the film on time.”

More about Rocketry: The Nambi Effect

Rocketry: The Nambi Effect is a biographical drama based on the life of Padma Bhushan recipient Nambi Narayanan, a former rocket scientist at the Indian Space Research Organisation (ISRO), who was falsely charged with espionage and was arrested in 1994. Written, directed, and backed by R Madhavan, the movie will feature him in the lead along with other notable actors namely Phyllis Logan, Vincent Riotta, Ron Donachie, Simran, Rajit Kapur, Ravi Raghavendra, Misha Ghoshal, Gulshan Grover, Karthik Kumar, and Dinesh Prabhakar. The film was shot simultaneously in Tamil, Hindi, and English and will also be released in dubbed versions of Telugu, Malayalam, and Kannada languages.

READ | 'Rocketry': All about Simran Bagga who will reunite with R Madhavan after 20 yrs on screen
READ | Watch: How R Madhavan transformed into ex-ISRO scientist Nambi Narayanan for 'Rocketry'
First Published: 28th June, 2022 12:46 IST
SUBSCRIBE TO US