Shruti Haasan is all set to share the screen space with Prabhas for the first time in the upcoming film 'Salaar.' Here is what she has to say about him. 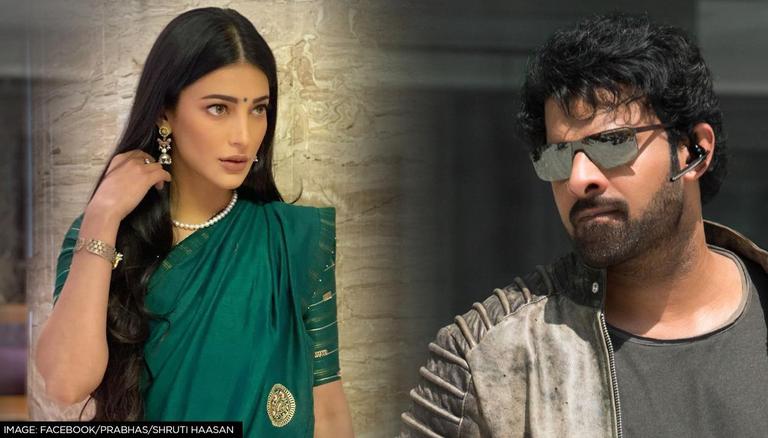 
South stars Shruti Haasan and Prabhas are all set to amaze the audience with their upcoming film Salaar. The movie, which is helmed by Prashanth Neel, will mark the two stars' maiden collaboration.  While Shruti Haasan is juggling three projects, she is currently having a fun time filming Salaar. The actor recently opened up about the movie and also her co-star, while stating one of his best qualities.

In an interview with Pinkvilla, Shruti Haasan recently opened up about her experience of working with Prashanth Neel and Prabhas in her most anticipated film Salaar. The actor revealed that her shooting is going "really well" as she is having a "good time" on the sets of the film.

As Salaar will mark Shruti Haasan's first outing with Prabhas, the actor talks about her bond with her co-star. She revealed that she never knew Prabhas as they shared a casual friendship. However, she got to know the Bahubali star while making Salaar. Talking about what kind of a person Prabhas is, Shruti Haasan said, "He is someone who makes you extremely comfortable to be around. He is super chilled out, super friendly, and it’s really nice to work with him."

READ | 'KGF 2' director Prashanth Neel's 'Salaar' teaser to be out next month: Report

Prabhas is known for his love for food as he is often seen bringing lavish spreads for his team. The Luck star further went on to state some qualities of Prabhas and how he never fails to feed people. The actor said, "It’s such a blessing. Those who feed people have a special place in this world, and he really feeds people with so much love. It’s one of his best qualities."

Shruti Haasan heaped praise on Salaar director Prashanth Neel, who is known for his blockbuster film series KGF, during the conversation. The actor revealed that she loved the way Prashanth Neel creates worlds, stories and characters in his films. She added how she has always admired his work and she feels "wonderful" to get to see it on her own. Shruti Haasan added, "Because you have a director like that who is so clear about how his characters move through that world. It’s almost liberating to go with the flow because you have somebody who is so specific already. Then it just becomes about what you can add and bring to the table."