Shruti Haasan has dropped a video in which she could be seen giving glimpses of her relationship with her boyfriend, Santanu Hazarika. Read to know more. 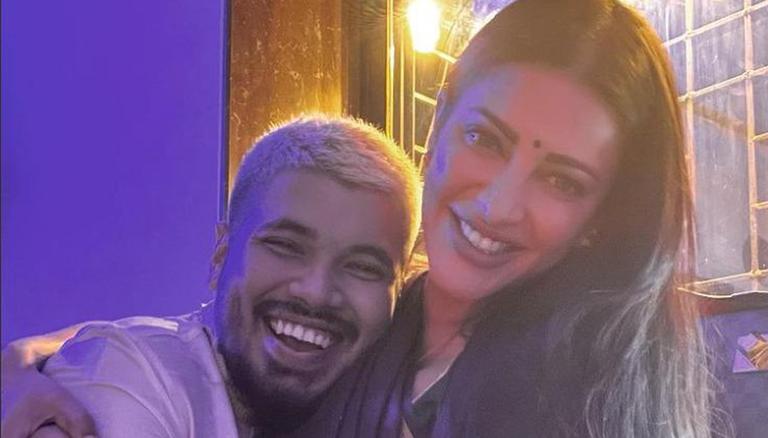 
Actor Shruti Haasan dropped a video on Sunday in which she could be seen giving glimpses of her current relationship with beau Santanu Hazarika. The duo participated in one of the Instagram challenges, specially made for couples. The actor talked about her love life last month while talking to Mandira Bedi on her talk show The Love Laugh Live Show.

Taking to her Instagram handle, Shruti posted a video in which she can be seen participating with beau Santanu Hazarika for the couple challenge. The clip began with a question, "Who was interested first?", she then quickly pointed out a finger at Santanu, followed by the next question, which stated, "Who is more protective?". Replying to this, both of them pointed at each other, admitting that she was one among them who said 'I Love You' first. The post had was captioned, "Sleepy faces".

A glimpse into 'Haasan kitchen'

Shruti Haasan who shares a wonderful bond with her sister Akshara Hassan, was very quick to comment, saying, "Truly a good morning". The Haasan sisters are often spotted together, either going for a workout session or some other activity. Recently, Shruti posted a video of the two showing their cooking skills as they were making pavlova.

The Gabbar Is Back actor took to her Instagram handle and wrote, "Haasan kitchen today we made pavlova at and it was my fav thing to do with my sister is while we dance to and crack jokes wish we could share this with you .. whichever one you prefer !!" She further added, "This would not have happened without @aksharaa.haasan being the most patient person on when it comes to baking .. mine would have turned out like stay safe everyone and take the time to cook and eat a lovely meal with those you love .. it’s a beautiful thing. (sic)"

Shruti Haasan on the work front

Shruti will be next seen in an upcoming Indian action thriller film, Salaar, written and directed by Prashanth Neel. The film stars Prabhas and Shruti in the lead roles and has been shot simultaneously in Kannada and Telugu languages. Produced by Vijay Kiragandur under Hombale Films, Salaar will also be dubbed in Hindi, Malayalam and Tamil languages.

READ | Shruti Haasan reminisces the time when she was little, shares pic with Kamal Haasan; See