As producer Vignesh Shivan recently watched the first copy of 'Connect,' he lauded Nayanthara, Anupam Kher and the cast of the film for their performances. 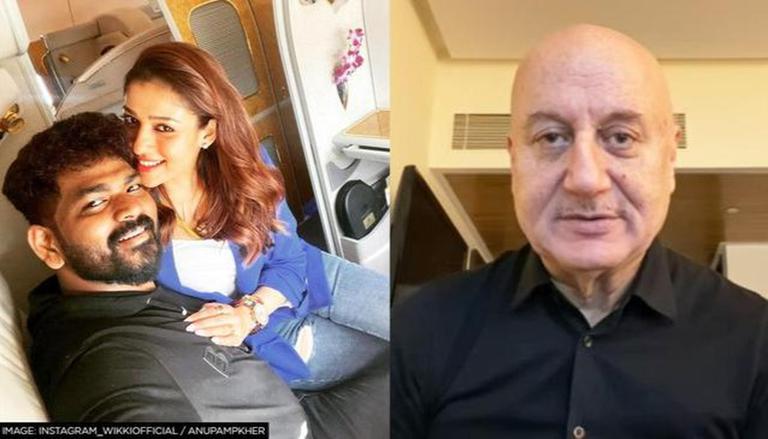 
Filmmaker and producer Vignesh Shivan is currently gearing up for the release of his upcoming production venture Connect. The Tamil film is touted to be a horror drama, which will see Nayanthara, Sathyaraj and National Award-winning actor Anupam Kher. As producer Vignesh Shivan recently watched the first copy of the movie, he lauded the actors and the entire team of the film for their performances.

Taking to his Instagram handle, Vignesh Shivan recently dropped a few glimpses from the screening, in which he could be seen hugging his actor wife. Sharing the photos, the filmmaker thanked Connect's director Ashwin Saravanan and his team for the "extraordinary" horror movie. He also lauded Nayanthara, Sathyaraj and Anupam Kher for their performances.

Vignesh Shivan wrote, "Thank you @ashwin.saravanan for making an extraordinary horror movie !!! We know u r good at it :) but u jus meratified us more than expected kudos to your stunning team." He further penned, "Very good performances from #LadySuperStar Nayanthara SathyaRaj sir @anupampkher and the whole cast!" "Happy to see the first copy and elated to have produced this one in our banner will always be proud of this one @therowdypictures ! The Connect franchise will begin with a Bang with this one!" The producer also promised fans to share the teaser and more updates on the film soon. He wrote, "Teaser and other updates coming very soon."

Ashwin Saravanan reacted to the post and thanked the producer for trusting him. He wrote, "Thank you bro for the trust. Connect will be a very special film for all of us. It’s about time the world sees it." Fans or Nayanthara and Anupam Kher also expressed their excitement about the film and asked Shivan to unveil the film's release date.

Anupam Kher on joining the cast of Connect

Connect will mark Anupam Kher's 522nd film. The movie will also mark The Kashmir Files' star's return to the Tamil cinema after the 2007 movie Kuttrapathrikkai. Sharing his first look from the film, the actor wrote, "Thank you dearest Nayanthara VigneshShivan @ashwin.saravanan and everybody at the @therowdypictures and everyone for your love and appreciation. I loved being part of Connect and working with such a talented team. See you in the theatres! My 522nd film!! Jai Ho!!"