As per a report published in The Mint, Vijay Sethupathi’s Ka Pae Ranasingam will be made available on both television and digital platforms. The report further adds that the entertainment giant has partnered with various distribution players such as Dish D2H, Tata Sky and Airtel Digital TV in the Indian market. The announcement comes at a time when most of the Indian films are being released on OTT platforms due to the closure of theatres amid the COVID-19 pandemic 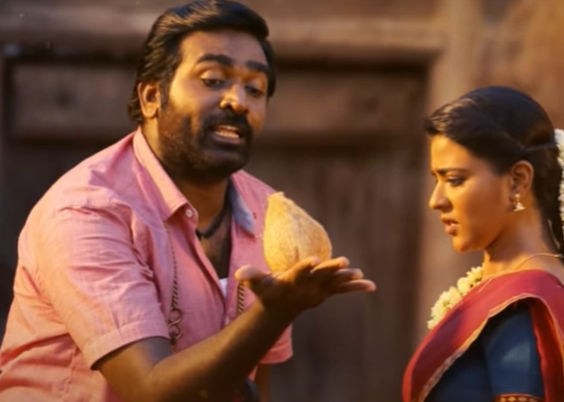 All about Vijay’s Ka Pae Ranasingam

The movie stars Aishwarya Rajesh, Vijay Sethupathi and Yogi Babu in the leading roles. Ka Pae Ranasingham is directed by Virumandi with Ghibran as a musician. The movie also stars Yogi Babu in a prominent role.

Vijay won accolades for his performance in Super Deluxe. Starring Vijay Sethupathi, Fahadh Faasil and Samantha Prabhu in the leading roles, Super Deluxe follows the story of an unfaithful newly-wed wife, an estranged father, a priest and an angry son, who find themselves in the most unexpected predicaments, each poised to experience their destiny. Super Deluxe features Vijay in a never-seen-before avatar, as the actor plays a transgender character in the film.

The actor was also lauded for his work in 96. Starring Vijay Sethupathi and Trisha Krishnan in the leading roles, 96 narrates the story of two high school sweethearts, who meet at a reunion after 22 years and reminisce about their past over the course of an evening. Helmed by C. Prem Kumar, 96 is listed among Vijay’s best performances till date, as the movie tugs the heartstrings of the audience even today.