Fahadh Faasil is gearing up for the release of his film 'Vikram', in which he will take on a pivotal role alongside Vijay Sethupathi and Kamal Haasan. 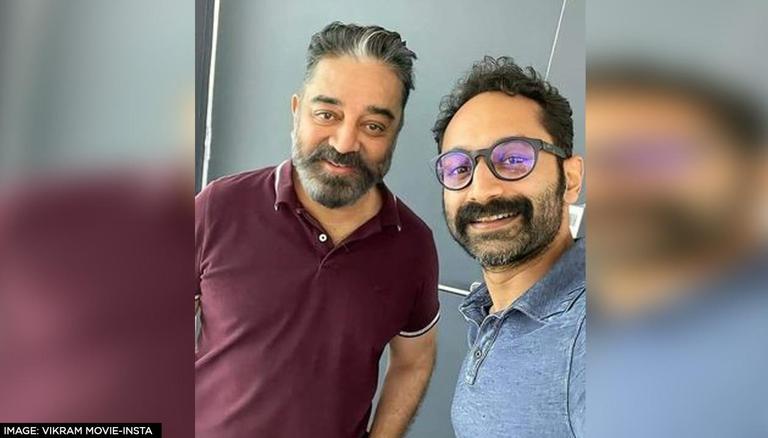 
Popular actor Fahadh Faasil is currently gearing up for the release of his much-awaited film, Vikram, in which he will take on a pivotal role alongside Vijay Sethupathi and Kamal Haasan. The film is scheduled to release on 3 June 2022, and fans can't wait to watch the powerful trio on the big screen. The makers of the film have now introduced fans to Fahadh Faasil's fierce character from the film and piqued their interest ahead of the upcoming release.

The makers of the much-awaited film took to their official social media accounts on Monday and shared the character poster of Fahadh Faasil from Vikram, getting fans excited about its upcoming release. In the poster, the actor is seen with a serious and angry expression as he looks down with a gun in his hand, which he appears to be pointing at someone. The makers introduced the actor as Amar in the film, and fans can't wait to see the film on the big screen on 3 June 2022. Apart from Vikram, the actor will also take on a lead role in Maamannan alongside Keerthy Suresh.

Have a look at Fahadh Faasil's character poster here

According to a recent report by trade analyst Ramesh Bala, the film has marked the biggest pre-release business of Kamal Haasan's career and is gearing up to be a major hit at the box office. The movie is being directed by Lokesh Kanagaraj and will reportedly earn over a whopping₹200 crores at the box office. The film will release in multiple languages including Telugu, Malayalam, and Hindi and will also see actor Suriya making a cameo appearance.

More than ₹ 200 Crs+ including Satellite and OTT in Multiple Languages..

The anticipation for the film is at an all-time high, with only a few days to go before its release. The movie has ranked in the first position on the most anticipated new Indian film list on IMDB and this is a reflection of the craze around the film ahead of its release. The film was ranked in the first position and was followed by Adivi Sesh's Major and Akshay Kumar and Manushi Chhillar-starrer Samrat Prithviraj.