Yash's Birthday: Ahead Of KGF Chapter 2, Watch These Top Films Of The Kannada Superstar

On the occasion of Yash's birthday, it will be interesting for the fans to know more about the best movies of his career as they await KGF Chapter 2. 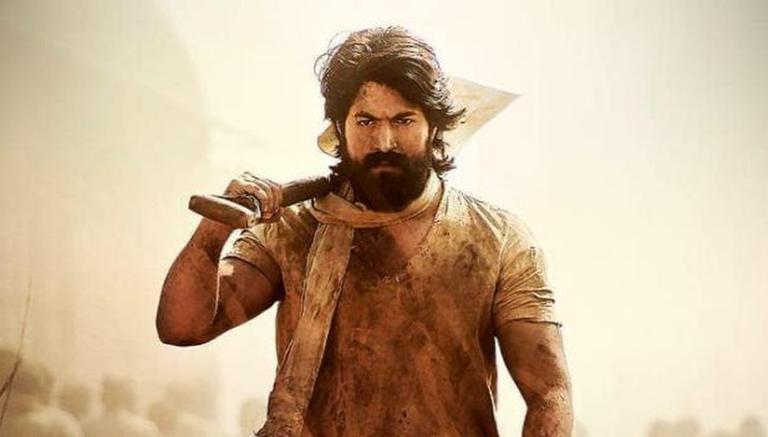 
Ahead of the release of KGF Chapter 2, one of the most-anticipated movies of actor Yash, the fans have been waiting to watch the star in the film. Yash, who turns 35 today, has been a part of several other iconic movies and garnered immense fame and appreciation for his performances.

His movies namely Modalasala, Rajadhani, Kirataka, Drama, Googly, Raja Huli, Gajakesari, Mr and Mrs Ramachari, Masterpiece, Santhu Straight Forward, K.G.F: Chapter 1 and more have also been loved by his fans. Take a look at some of the iconic Yash's movies to watch on the actor's birthday.

Yash's movies to watch ahead of KGF Chapter 2 release

Written and directed by Prashanth Neel, the movie was released in 2018 while the second instalment of the film is all set to release in theatres on 14 April 2022 in Kannada as well as in Telugu, Tamil, Malayalam and Hindi. The movie featured many other actors in pivotal roles namely Srinidhi Shetty as Reena Desai, Anant Nag as Anand Ingalagi, Archana Jois as Shanthamma, Ramachandra Raju as Garuda, among others.

Released in 2008, the movie was directed by Shashank and produced by E. Krishnappa. Though it featured Yash in a supporting role, his performance was appreciated in the film. Yash's wife, Radhika Pandit, essayed the lead role in the film.

It is a 2010 Kannada romantic drama film written and directed by Purushottham C with a star cast featuring Yash as Karthik, Bhama as Deepu, Tara as Deepu's mother, Rangayana Raghu as Deepu's father, Avinash as Karthik's father and many more. The movie was nominated under various categories in several prestigious Award shows.

Featuring Yash in the lead essaying the lead role of Nandisha alias Gooli, the movie was released in 2011 and was directed by Pradeep Raj. The movie was a huge success at the box office and even garnered positive reviews from critics. It was among the first movies of Yash that was a commercial success.

The 2013 romantic comedy movie featured Yash and Kriti Kharbanda opposite each other along with other cast members namely Anant Nag as Sharath's father, Sudha Belawadi as Kausalya, Neenasam Ashwath as Ravi Joshi, Sadhu Kokila as Musthafa, Ashok Sharma as Sharath's friend and many others.