Recently, Kevin Oh headed to his social media handle to spill beans about his marriage plans with Gong Hyo-jin. The couple will exchange vows in October. 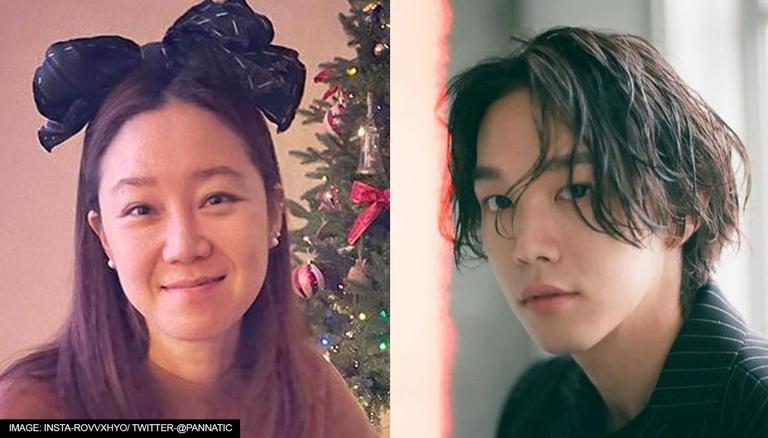 
Korean actor Gong Hyo-jin and Korean-American singer Kevin Oh are all set to embark on a new phase of their lives. Reportedly, the duo has officially confirmed that they will soon be tying the knot with each other. Earlier, on Wednesday, Gong’s agency Management SOOP confirmed the couple's wedding. However, recently, Kevin Oh also headed to his official social media handle to spill beans about his marriage plans with Gong Hyo-jin.

Gong Hyo-jin and Kevin Oh to get married soon

On Thursday, Kevin took to his Instagram handle and poured his heart out in front of his fans. The 31-year-old singer shared a lengthy note where he confirmed that he's dating Jin for two years and the couple is now all set to take their relationship a step ahead."Two years ago, I met a girl. Our love was full-yes, daunting at times- but we proved to each other..that we need each other. In her, I’ve met my best friend for life, my soulmate. And soon, I’ll be able to call her my wife,” wrote Kevin Oh.

Reportedly, the two will exchange vows in an intimate ceremony in October. Through his post, Kevin also dropped hints about the couple’s wedding venue which surprisingly does not happen to be South Korea. Gong Hyo-jin and Kevin Oh will tie the knot in the latter's hometown in the presence of his close family and friends.

Adding to this, he further continued, "This fall, we will be getting married quietly in my hometown. I know I’m stealing away an actress who’s received a great deal of love in Korea, and perhaps it would be more fitting to hold the ceremony publicly here in Seoul. But for selfish reasons, I wanted to celebrate in the presence of my family. I hope you understand." He also revealed that he is 'preparing for some new music' for his fans and will share the details soon. "A new start to both my life and my music. Let’s do our best to live our best life, together. Thank You!", Kevin concluded.

As soon as the post came online, fans took to the comments section to drop congratulatory messages. One of the users wrote, "omg tears🥲🥲🥲🥲 congratulations!! I can’t believe that you are getting married now," another wrote, "I cried so hard on your sincere words. Make sure to make her happy, once again, congratulations to a beautiful couple. Wishing both of you a lifetime of love and happiness!!"