Anupama 24 May 2022 Written Update: Anu Gets A Shocking Wedding Gift From Anuj

Anupama 24 May 2022 Written Update: As Anu arrives in her new home, she gets a shocking gift from Anuj which leaves her stunned. Read further ahead. 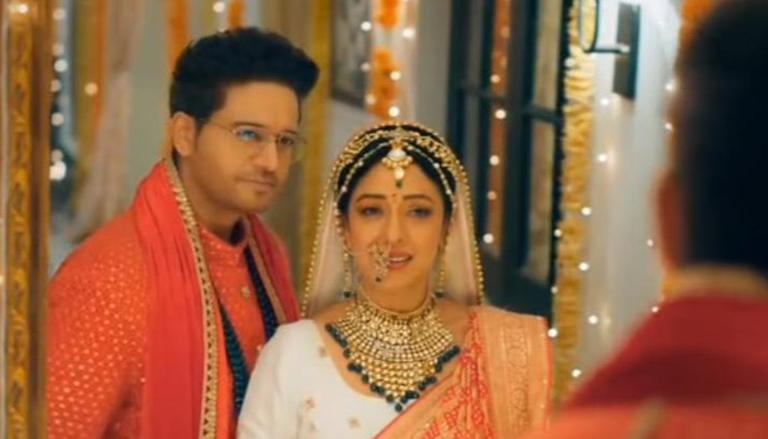 
Anupama 24 May 2022 episode begins with everyone gathered in the house while Devika reveals how it was Anj's idea to call everyone home because he cannot see tears in Anu's eyes. She then reveals how he even faked a tyre puncture situation so that they all could reach before they do. Anu gets surprised at hearing this and asks Anuj if this was true. Anu then takes blessings from GK to which he hands over the jewellery of Anuj's mother to her. He then reveals that Malvika transferred everything to Anuj before leaving and now Anuj is giving the power of attorney to Anu.

Anu gets emotional and refuses the gift by stating that she cannot this responsibility. She further recalls giving the details of her expenses to her husband even if she spent a hundred rupees. Anuj then convinces Anu to sign the papers while GK asks her to sign the first cheque of Rs 11 lakhs. While Samar and others prepare for the post-wedding rituals, Anuj says that he will show Anu the entire house.

Kavya gets emotional in front of Devika

Devika meets Kavya and lauds her for bringing a positive change in herself no matter what she did with Anu. Kavya then expresses her feelings revealing how even she wants someone who would love her the way Anuj loves Anu. Devika then reminds her of Vanrja to which she says that even Anu had Vanraj. Meanwhile, as Anuj shows the house to Anu, they both get romantic. Later on, the family asks Anuj and Anu to cut jaggery without using a knife. They both then use a thread to cut the jaggery and win the competition together. Vanraj then calls Toshu ad asks him to come back as his grandmother is unwell. The Shah family then bids goodbye to Anuj and Anu.

Anuj and Anu spend a romantic time together after their wedding while on the other hand, Baa catches kavya talking to her ex-husband on phone. Vanraj lashes out at Kavya asking what she wants to which Kavya hands over the divorce papers to him.