'Anupamaa' cast Rupali Ganguly and others visit Siddhivinayak temple as Paras returns to sets after he was home quarantined for days. Read on.

TV show Anupamaa actor Paras Kalnawat took to his social media handle and shared an update about his life. The actor visited Shree Siddhivinayak Temple along with the cast of the show. In the picture shared by him, he was seen with Rupali Ganguly, Aashish Mehrotra, and Alpana Buch from the show.

Paras Kalnawat to return to sets

A while back, Paras Kalnawat, who portrays Samar on the show, was tested positive for COVID 19. The actor was in-home quarantine and was missing from the screen for the time.

However, in the latest post Paras revealed that he is returning to the sets as his caption read, “Samar is back”. The actor further stated in the post that he wants to thank the cast of the show for making sure that he resumes the shoots with Bappa’s blessings, the caption read, “Thank You Mummyyyy, Baa And Aashish For Making Sure I Start Shooting With Bappa's Blessings!” He further thanked everyone for sending in their prayers and wishes for him as he wrote in the caption, “Thank You Everyone For Sending In Your Wishes And Prayers!!✨Love You All” .

As soon as the post went up on social media, fans of the serial gushed to it to leave their comments and reactions. A number of fans wrote in the comments that they were very happy to know that the actor is back on the sets of the show. Many other people wrote in the comments that they were glad to know that he is doing better now and cannot wait to see him on screen. Check out the fan comments on the post below. 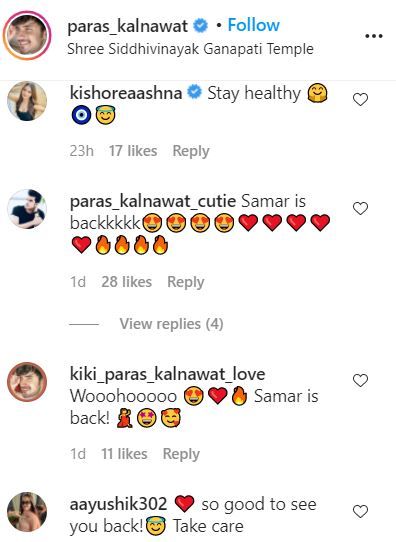 Several other fans of the actor sent the actor much love and regards. A few other fans wished him good health and left heart and kiss emoticons in the comment section. Check out the fan comments on the post below. 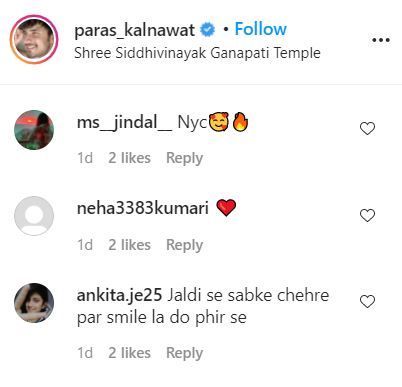 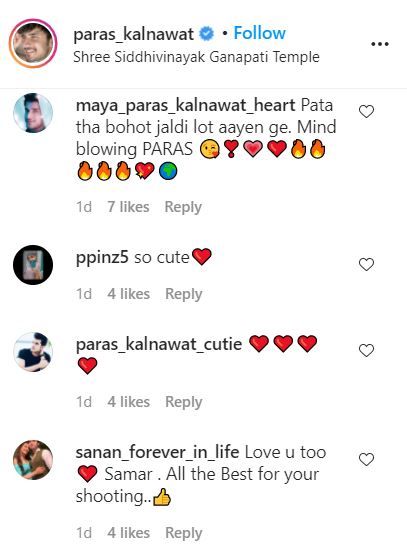 Anupamaa is a Romesh Kalra directorial and is developed by Leena Gangopadhyay. The show stars Rupali Ganguly in the titular role. She shares the screen with Sudhanshu Pandey, Madalsa Sharma, Paras Kalnawat, Aashish Mehrotra and Alpana Buch in pivotal roles.