Taking to Instagram, Rupali Ganguly recently shared images of herself with Gaurav Khanna, her reel friend from 'Anupamaa', and wished everyone 'Happy Navratri'. 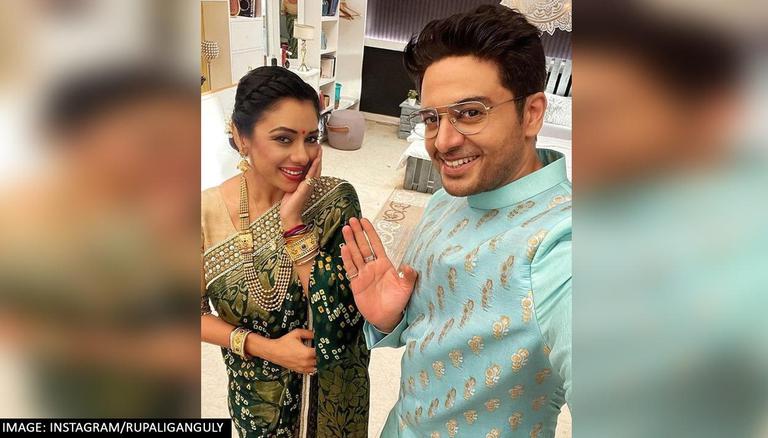 
As the television actors, Rupali Ganguly and Gaurav Khanna have been garnering immense love from their fans for their chemistry in the popular show, Anupamaa, the fans were left amazed when the actors shared their twinning look and wished everyone a Happy Navratri.

Rupali Ganguly and Gaurav Khanna essay the role of Anupamaa Shah and Anuj Kapadia in the show alongside other popular actors namely Sudhanshu Pandey, Madalsa Sharma, Nidhi Shah, Tasneem Sheikh, and others.

Anu and Anuj twin in Grey on Day 3 of Navratri

Anupamaa actor Rupali Ganguly recently took to her official Instagram handle and shared two pictures of herself in which she can be seen staging with her co-star, Gaurav Khanna. They both can be seen twinning in grey as she wore a grey saree while he sported a checkered grey blazer with a grey tie.

In the caption, she wished everyone a Happy Navratri and stated how Anu and Anuj were twinning together in a grey colour to celebrate the third day of Navratri. As the actor has been born and brought up in a Bengali-Hindi family in Kolkata, she further shared the significance of day three of the Navratri and stated how Goddess Durga - Chandraghanta is worshipped on this day. She also shared how the grey colour symbolised zeal and determination to win over evil. She wrote, “Day 3 Of Navratri Color: Grey On this day, the third form of Goddess Durga - Chandraghanta is worshipped. She is the married form of Goddess Parvati and is known as Maa Chandraghanta! This color symbolises zeal and determination to win over evil. So here’s a photo of Anuj and Anupama twinning in the color grey to celebrate the day 3 of Navratri!! Jai mata di” (sic)

Many fans took to Rupali Ganguly’s latest Instagram post and dropped tons of hearts and heart-eyed emojis in the comments section to depict how much they looked cute together. Many fans also wished them a Happy Navratri in return and added how Anu and Anuj were the best and their favourite couple on television. Rest all others flooded the comments section by pouring in fire emojis to depict how hot they looked together. Take a look at some of the fan's reactions to Rupali Ganguly’s latest Instagram post. 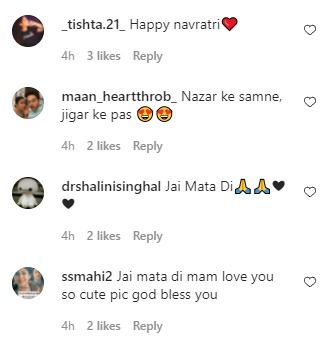