Kiku Sharda's Net Worth Proves He Might Be The Richest Among His 'TKSS' Co-stars; Read

Besides television shows, Kiku has worked in many Bollywood movies. Here is look at Kiku Sharda's net worth. Read more details about his priced possessions.

Actor Kiku Sharda has delivered a wide range of successful movies and shows in his career and has been a part of nearly 27 blockbuster projects. Here is everything you need to know about the actor’s estimated net worth. Read details about the actor's prized possessions.

As per a report published in celebworth.net, actor Kiku Sharda’s massive net worth is estimated to be at 2.7 million USD. Converted in rupees, the actor’s net worth becomes Rs 19,83,24,450 (Rs 19.83 crores). The report further adds Kiku earns $700,000 in a year, which becomes Rs 5.14 crores. As reported by viral.laughingcolours.com, Kiku Sharda owns a BMW and Audi A8, that costs around Rs.1.37 Crores. Reportedly, the actor owns a plush apartment in Mumbai. 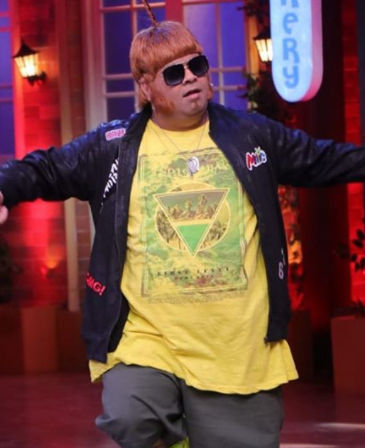 Radhika was last seen with Irrfan in Angrezi Medium. Starring Irrfan Khan, Radhika Madan, and Kareena Kapoor Khan in the leading roles, Angrezi Medium is a sequel to the 2017 comedy entertainer, Hindi Medium, which stars Irrfan Khan, Saba Qamar, and Deepak Dobriyal in lead roles. Helmed by Homi Adjania, Angrezi Medium is produced under the production banner, Maddock Films. In the movie, Kiku plays the role of Gajju.

The actor was also lauded for his performance in Jawaani Jaaneman. Starring Saif Ali Khan, Tabu and Alaya Furniturewala, Jawaani Jaaneman chronicles the story of a casanova father, a career-driven mother and a 20-year-old pregnant daughter. Produced by Jackky Bhagnani and Deepshikha Deshmukh, Jawaani Jaaneman also stars Farida Jalal and Kubra Sait in prominent roles. The movie brings the hit- onscreen pair of Saif Ali Khan and Tabu back together after 20 years. Jawaani Jaaneman marks the return of Saif Ali Khan in the romantic-comedy genre, as the actor had portrayed many serious roles in the recent past.

Kiku is currently working on Sony TV’s The Kapil Sharma Show. The show has been topping the TRP charts for quite some time now, as Kapil Sharma and the cast of the show leave no stone unturned to entertain the audience with the rib-tickling plot and one-liners. The show stars Kiku Sharda, Krushna Abhishek and Sumona Chakravarti. Host Kapil Sharma invites Bollywood celebrities to the show, where they meet up his reel-life family members, who entertain them with their acts.