Kundali Bhagya 31 December 2021 Spoiler: As Preeta returns to the Luthra house, Prithvi and Sherlyn gets scared of her and plan to execute their next move. 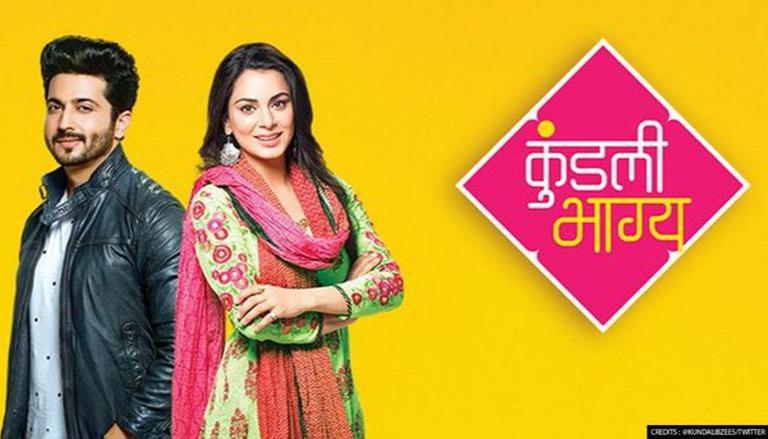 
Kundali Bhagya 31 December 2021 episode will continue with Prithvi and Sherlyn trying to survive in the presence of Preeta in the house while the latter scares them with her changed avatar. On the other hand, as Preeta continue to throw a tough attitude in front of the Luthar family, they get a negative vibe from her and start hating her again. Read further head to get the Kundali Bhagya 31 December 2021 spoiler alert.

Kundali Bhagya 31 December 2021 spoiler begins with Prithvi taking to his lawyer over the phone and lashing out at him for neglecting the authenticity of the papers. He then informs him about how Preeta came up with the original papers and now he doesn't know what to do. As he keeps screaming at the lawyer, Sherlyn arrives and hides outside the room while eavesdropping on him. On the other hand, while Rakhi gets a feeling that Preeta came back to help them, she still wants to confirm whether her feeling is right or not. Meanwhile, Preeta goes to the basement to meet Mahesh but gets stunned to see the condition he is living in. As she enters the room, she sees Mahesh unconsciously lying on the bed with his hands and legs tied through chains. Preeta breaks down on seeing his condition and affirms that she will do anything to take revenge from Prithvi and will surely teach him a lesson.

In the last episode, as Preeta warns everyone to abide by her rules and regulations, nobody says anything. She then decides to move to Prithvi's room and tells Girish to clean up the room and throw Prithvi's things out. She then goes to Karan's room and revives old memories with tears in her eyes. She even sees Mahesh's photo and assures him that she will bring back the kundali bhagya of the family. She then decides to meet Mahesh and as she goes towards the basement, she runs into Rakhi. Rakhi then says that she knows Preeta is still the same who cared for everyone to which the latter acts ignorant. Rakhi even tells her that she knows she didn't marry Karan for money to which Preeta stays silent.