Taarak Mehta Ka Ooltah Chashmah character is all set to make its comeback. The makers shared a promo video, thereby giving a glimpse of the new 'Mehta Sahab'. 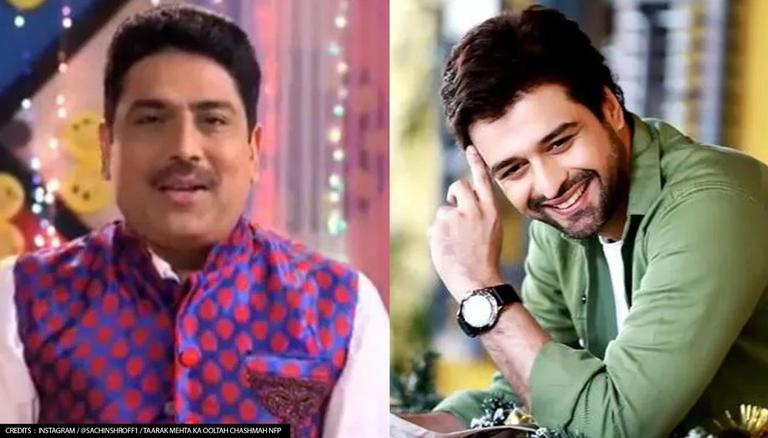 
Popular Television sitcom Taarak Mehta Ka Ooltah Chashmah's titular character is all set to make its comeback and on Tuesday,  a new promo video of the show was posted on Instagram. The video had the residents of Gokuldham society celebrating Ganesh Utsav with a glimpse of the show's new Taarak Mehta, which will now be played by actor Sachin Shroff.

The new promo video starts with Taarak Mehta's wife Anjali walking towards the pandal when a familiar voice singing Ganesh aarti stops her. Though the makers have not revealed the full face of the show's new character, it seems to be Sachin Shroff, who has been selected to play the role of Taarak Mehta. The caption read, "Aakhir kaun kar raha hai Ganpati Bappa ki Aarti ⁉️
Janane ke liye dekhte rahiye #TaarakMehtaKaOoltahChashmah, Mon-Sat raat 8:30 baje. (Who is singing Ganpati's aarti?)" Watch the video here:

Fans were elated to witness the return of the new 'Mehta Sahab' in the show, as evident from the comments section. A netizen wrote, "Great new Taarak Mehta great show band nhi hona chahiye dheere dheere adjust karenge inko bhi (we will adjust according to time)"; another fan commented, "So... Here's the new Taarak Mehta....@sachinshroff1"; an Instagram user wrote, "Naye Mehta saheb". It is pertinent to note that some fans even expressed disappointment over Sachin Shroff replacing Shailesh Lodha.

Actor Shailesh Lodha, who played Taarak Mehta in the popular sitcom of the same name - Taarak Mehta Ka Ooltah Chashmah, recently exited the show, which came as a shock to makers as well as the audience. Clearing the air, show's producer Asit Modi stated, "The show will still go on. A new Taarak Mehta may come. We will be happy if the old one returns. Our aim is to have a smile on our audience’s face."