'Black Mirror Shut Up And Dance' Explained: Kenny's Secrets Exposed To His Family

'Black Mirror Shut up and Dance' explained, as the much-loved episode continues to be the subject of many fan analyses and discussions. Read more details

Black Mirror's third episode, Shut up and Dance aired on Netflix in October 2016. Starring  Alex Lawther, Jerome Flynn and Susannah Doyle in the lead roles, the episode revolves around the life of a teenager, who falls into an online trap when he is forced into an uneasy alliance and blackmailed into carrying out orders. Here is everything you need to know about the show’s episode. Read details.

Shut up and Dance follows the story of a young teenager, Kenny who is blackmailed after a few anonymous hackers break into his computer when his sister accidentally downloads an unauthorised malware, which leaves his documents exposed. To keep his secrets preserved, Kenny is forced to carry out certain activities on the demand of these anonymous hackers. First, Kenny is asked to deliver a cake order to a hotel, where he meets Hector (Jerome Flynn), who is another victim of the hackers.

Hector is caught by the hackers when they realise that he was in a liaison with a sex worker and the hackers blackmail him of revealing his dark secrets to his family. Later, the hackers force Hector and Kenny to rob a bank, using a gun concealed in the cake and order the teenager to get the money out. After the robbing episode, the hackers ask Hector to destroy the car, while Kenny is ordered to bring the money for them in the woods, to which he agrees, thinking that the hackers won't trouble him any further. 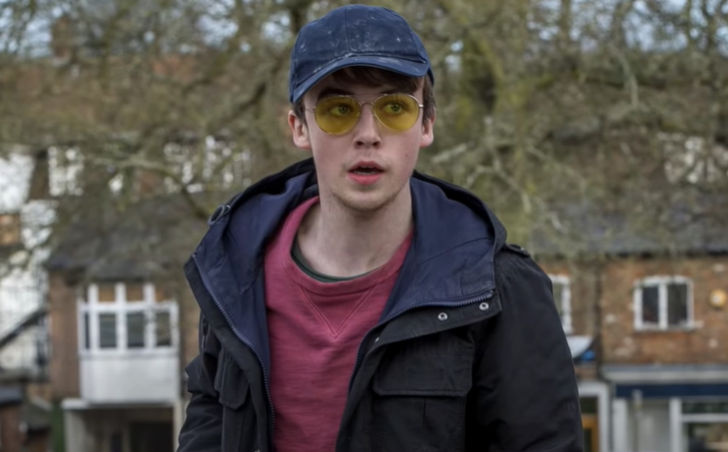 However, when Kenny enters the forest, he realises that the hackers’ torments are far from over, as he comes across another victim of the hacker. The victim informs Kenny that they will have to fight each other to death so that one of them could take the cash home. Kenny and the victim fight each other, as the hackers coerce them of revealing their secrets if they didn’t comply. Amidst their fight, the man quizzes Kenny about whether he’d been looking at child abuse images, which sends shivers down his spine. Kenny reacts to the man’s query by knocking him out, emerging as a winner.

However, when Kenny reaches home, he finds out that his dark secrets have already been unfolded to his kin. The episode ends with Kenny being taken by the police into custody. Meanwhile, Hector’s secrets, too, are revealed to his wife and children.

(Image credits: A still from the show)