While fans are enjoying the first two episodes of 'Hawkeye' and waiting for more to arrive every Wednesday, here are the details about the show's cast. 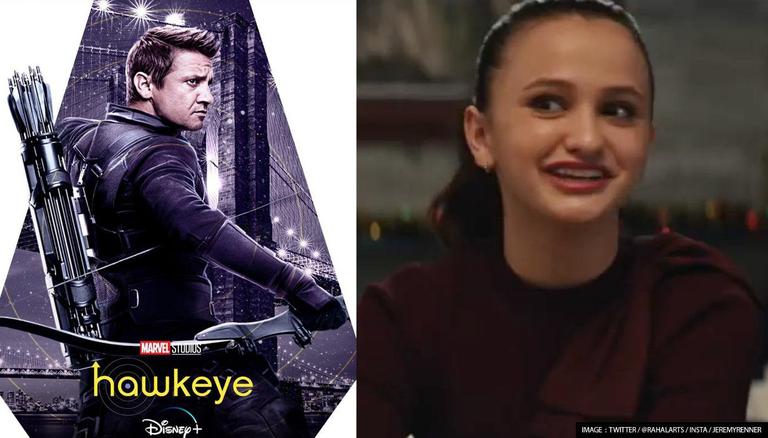 
Jeremy Renner starrer Hawkeye is currently streaming n Disney+ Hotstar. The show became one of the most popular mini-series on the OTT giant Disney+ Hotstar ever since it was released on November 24. While fans are enjoying the first two episodes and waiting for more to arrive every Wednesday, they are also wondering about the show's cast playing Hawkeye's wife and daughter.

Hawkeye marked the fifth TV series in the Marvel Cinematic Universe (MCU). The show saw Jeremy Renner reprise his role as Clint Barton or Hawkeye while Hailee Steinfeld portrayed Kate Bishop. The show's plot revolves around the alliance of Hawkeye and Kate Bishop to prevent themselves from becoming the target of some enemies. The show also cast Tony Dalton as Jack Duquesne, Fra Fee as Kazimierz, Vera Farmiga as Eleanor Bishop and more. Here are more details about the Hawkeye mini-series cast.

Who is the girl in Hawkeye?

The new series, which also marked MCU's Christmas special show, saw Hawkeye trying to return home to celebrate the festival with his family. Talking about Hawkeye's family, fans are wondering about the girl playing Barton's daughter Lila in the new show. Ava Russo is playing the role of Lila Barton in Hawkeye. Ava earlier appeared in Avenger's Endgame in the scene where Clint was teaching her archery.

Ava Russo is filmmaker Joe Russo's 20-year old daughter. She lives in the US and is of Italian descent. Ava is a successful model and had her first acting stint in Avengers Endgame. Ava has often walked the red carpet for MCU film's premieres with her filmmaker father and uncle. Joe Russo has directed Captain America: The Winter Soldier, Captain America: Civil War and Avengers: Infinity War.

Hawkeye was one of the most awaited shows of the MCU. The show arrived on Disney+ Hotstar on November 24. The makers released its two episodes on the first day. The six-episode series will come to an end on December 22, 2021.

READ | Hawkeye New Episode Release Day & Time: When does the next episode to mini series come out