In a shocking incident, 'Sacred Games' star Elnaaz Norouzi's Mumbai apartment was robbed on February 29th. Read below to know what happened.

In a shocking incident, Sacred Games star Elnaaz Norouzi's Mumbai apartment was robbed on February 29th. As reported by a leading media publication, an unknown man entered her house premises late night and robbed a few essentials that were kept in a cupboard outside. The actor's call to her housing society’s watchman went unheeded and by the time he turned up the thief had ran away.

READ: 'Elnaaz Norouzi Not The Only One To Face This': Kubbra Sait Supports Sacred Games Co-Star's #MeToo Story Against Vipul Shah

According to a report the actress had a horrible experience. And, it all began when she heard some noises in the dark, so she decided to check the CCTV. It was then when she observed that a stranger had entered her house. She immediately called her watchman but her calls went unanswered.

Elnaaz reportedly slammed her door when the stranger approached her. And by the time her watchman came to help her, the intruder had left the building. Now it has to be seen if she files a police complaint following this terrifying incident. 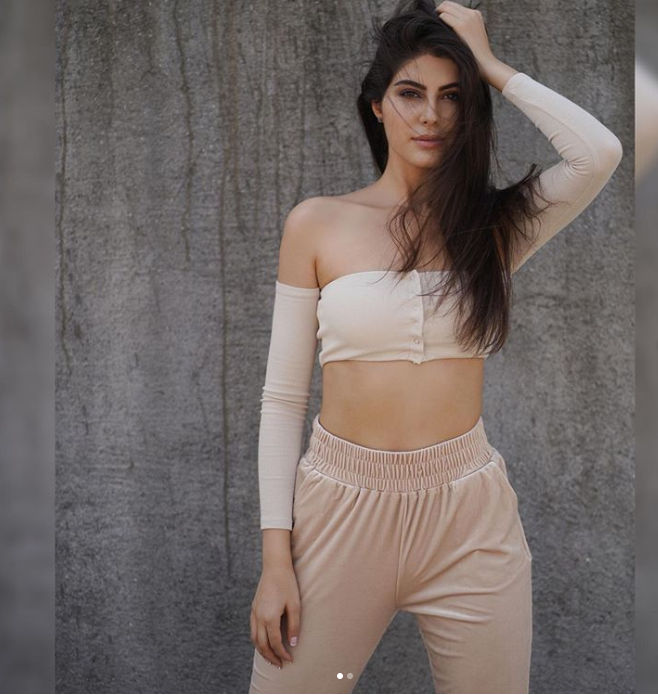 Meanwhile, the actress was seen playing dual roles in the second season of popular series Sacred Games. In an interview with a news agency, she stated that it was challenging to switch between two different roles.

"It was challenging to play Jamila, who is vulnerable and naive and then switch to Zoya, who is powerful and manipulative. Both of my directors have been the biggest help. This experience has made me a better actress. Also, I'll be seen in a third avatar this season," Elnaaz said.

The second season of the series was released on August 15. Apart from her, it starred Saif Ali Khan, Nawazuddin Siddiqui, Pankaj Tripathi, Surveen Chawla, Kalki Koechlin, and Ranvir Shorey. Although, the second season  was one of the most anticipated series of the year but it failed to impress audiences and critics and gained mixed reviews.

PEOPLE HAVE PLEDGED SO FAR
Maska Cast: List of actors and the characters they play in this Netflix film
'Ozark' Season 3 ending explained and what to expect from next season
Binhe-watch these comedy specials on OTT platforms & have a good laugh on April 1
'Money Heist' Season 4 trailer makes fans theorize that 'Professor' will enter the Bank
Will there be 'Ozark' season 4? Read here about Ozark Season 3 finale and other details
DO NOT MISS
PM MODI TO HOLD ALL-PARTY MEET
CHINA DENIES "RELIGIOUS PRISONERS'
FACT CHECK ON LOCKDOWN EXTENSION
ATHAWALE PENS COVID AWARENESS POEM
B-TOWN PRAISES PM'S '9 MINS' APPEAL
'IMPERATIVE TO BUST MYTHS': HRITHIK