'The Queen's Gambit' on Netflix has set a record viewership for any limited series with 62 million people tuning in to watch it in the first 28 days. 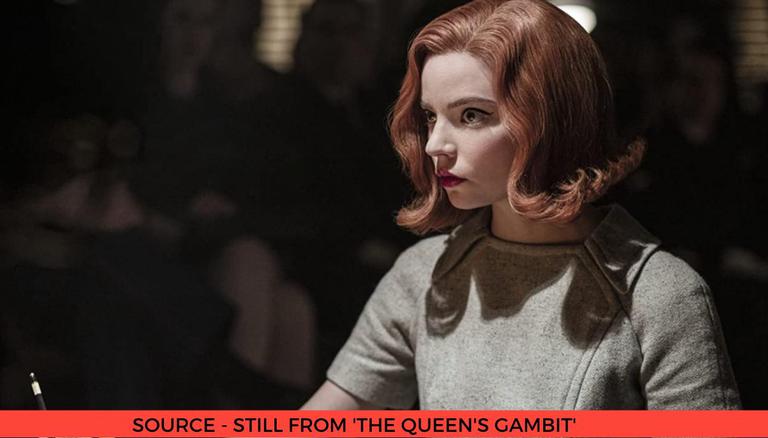 Netflix has officially announced that The Queen's Gambit has become its biggest scripted limited series in history. The streaming giant recently revealed that the series has ended up garnering a viewership of 62 million households in the first day of release itself. With these numbers, the Anya Taylor-Joy starrer series now lies in the same league as Netflix's previous biggest titles as The Kissing Booth 2 and The Irishman. The series did not just do well in its domestic market and ended up reaching the top 10 list in over 90 countries, as revealed by Netflix on Twitter. Check out their announcement below -

Also read: How many episodes are there in 'The Queen's Gambit'? Find out

♕ The novel has entered The New York Times bestseller list, 37 years after its release

Also read: What are the pills in 'The Queen's Gambit'? Here's the effect they had on Beth

The Queen's Gambit on Netflix is based upon a novel from 1983 by the same name written by Walter Tevis. After 37 years since its release, the novel has landed in the New York Times bestseller list. The success of the show does not stop there as The Queen's Gambit also ended up changing the Google Search volumes for 'How To Play Chess', which according to Netflix has hit a nine-year peak. Chess plays an important role in the series where the protagonist Beth played by Taylor-Joy can be seen indulging in the game as an orphan growing up in the 50s. Netflix's official website has shared a blog post titled 'From the ‘Queen’s Gambit’ to a Record-Setting Checkmate' sharing the success of the limited series. Check out an excerpt from the same below -

Also read: If you loved 'The Queen's Gambit', here are other intriguing chess dramas to watch

On Netflix,  a record-setting 62 million households chose to watch The Queen’s Gambit in its first 28 days. Its global reach has been extraordinary - from Russia and Hong Kong, to France, Taiwan and Australia. In fact, the show made the Top 10 in 92 countries and ranked No. 1 in 63 countries, including the UK, Argentina, Israel, and South Africa.

Also read: The Queen’s Gambit's cast net worth soars as high as the chess prodigy in the series