When does 'The Bachelorette' episode 2 air? Here's all you need to know about the channel it is airing on, its streaming details, promo & more. 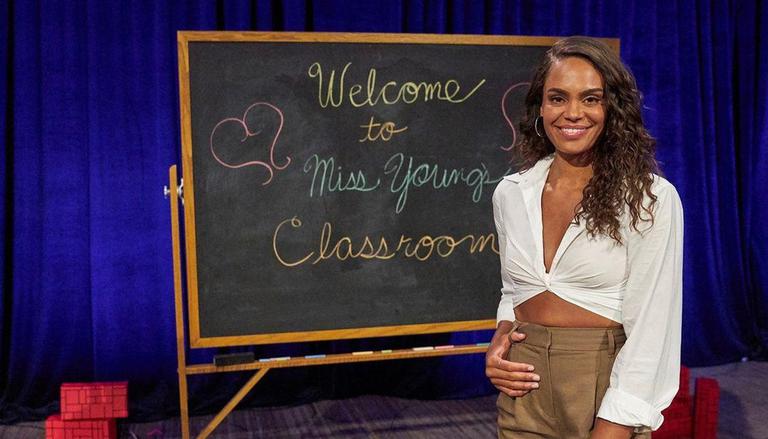 
The latest season of The Bachelorette had a grand premiere last week. This time, 30 men will try to woo the familiar The Bachelor star, Michelle Young, who goes through a role reversal from being a contestant to the centre of attraction this time.

Matters are set to get more interesting in the second episode of the reality series this week. For viewers looking to catch the episode, here's all you need to know.

What night does The Bachelorette come on ABC?

The Bachelorette airs on ABC every Tuesday night. For those who watched the seventeenth season of the show earlier this year and are keen to watch the latest season, they should know that unlike Wednesday like before, it is Tuesday night where all the action will take place.

The Bachelorette episode 2 will release on October 26 and the timings are 8 PM ET. For those willing to check the updates on the show in India, the show will be airing at 5.30 AM IST.

For those who do not have cable TV and wish to stream, it is available on platforms offering ABC like Hulu, fuboTV, Sling TV, DIRECTV STREAM, or YouTube TV. Many of these platforms offer a trial run for a few days if one does not have an active subscription.

READ | Who is the next Bachelorette 2022?: When will new season starring Micheal Young start?

The Bachelorette will be available the next day after the telecast. It starts streaming from 9 AM ET on Wednesday and sometimes even earlier.

Meanwhile, the makers have been sharing snippets from the second episode to tease the audiences. Some of the details that have emerged through it, was that Michelle's first connection Jamie has 'dropped a lie' that has 'shaken her to the core.' He could be heard saying there's been a 'bunch of talk the whole day.' She then approached the contestants and said there was a 'rumour' about her, and asked them to ask her if they had any 'reservations.' Among the other highlights of the episode will be Michelle taking the contestants to the Miss Young Classroom.

WE RECOMMEND
'The Bachelorette': Thomas Jacobs reveals his real intention for being a part of the show
The Bachelorette 'Hometown Dates' & 'Men Tell All' release date & time; check details
The Bachelorette Episode 7: Check What happened on the Bachelorette Tonight, Episode Recap
When is Michelle's 'The Bachelorette' premiering? Check timing, channel, streaming details
'Bachelor in Paradise Canada': All you need to know about filming location, cast and more
Listen to the latest songs, only on JioSaavn.com